It's ridiculous to expect kids to ward off bullets with rocks but that's what one school district is doing. And hey, it's a helluva lot more than most politicians are doing. 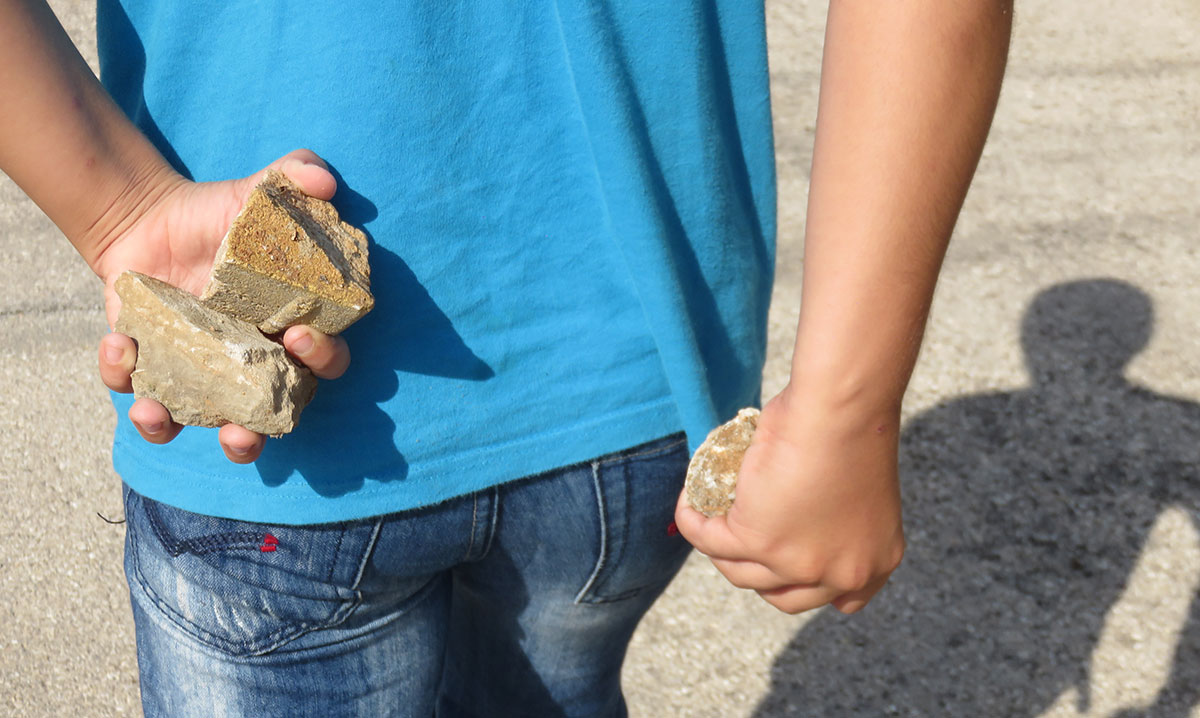 It’s been just over a month since 17 kids and staff members at Marjory Stoneman Douglas High School in Parkland, Florida lost their lives to gun violence. And since then, gun control has been a hot-button issue that caused the kids that witnessed the carnage to organize a movement for common sense gun control laws and sparked a debate among politicians.

Still, not a lot of headway has been made, leaving school administrators to step up and protect their kids in any way necessary.

Take the Blue Mountain School District in Pennsylvania, for example. They have actually taken to arming their kids with rocks to ward off a shooter in the event that one of the schools within the district is attacked.

Of course, rocks are not the only means of defense the school has in place. A report by Café Mom explains that each classroom has a device on its doors that allows the doors to be secured – and their kids are trained to barricade the doors. The school district also utilizes ALICE, which stands for Alert, Lockdown, Inform, Counter Evacuate, so that kids know what to do in the event that there is an active shooter.

The rocks, which are kept in a five-gallon bucket in the back of each classroom, are to be thrown at an armed intruder to slow them down – and to be thrown as a last resort.

At first, this idea seems absurd. Do you really expect scared kids to throw rocks at someone who is shooting at them? But the more I looked into it, I found that the last resort in any active shooting situation is to fight back in any way possible, so I suppose that rocks are better than books and pencils. Still, the fight isn’t meant to save the child’s life. It’s meant to slow the shooter down so that other kids can run and hide, which is heartbreaking.

I don’t pretend to know the solution to the gun violence issue, but I do know that we’ve lost too many kids to this problem, that we aren’t doing enough to solve it and that expecting a child to die to save their classmate, instead of preventing the situation in the first place, is appalling.

I do have to give the school credit though. At least they’re trying to save the kids, which is more than what we can say about a lot of politicians.

Since the Parkland tragedy, I’ve watched some politicians blame gun violence on everything from mental health to school bullies without doing a single thing to help with the issues they’ve blamed. They’ve called our children names, made up ridiculous conspiracies and told kids to deal with this multi-faceted issue on their own without offering a single feasible solution, outside of arming the teachers that work for a school system that is underfunded to begin with.

As parents and/or concerned citizens, we need to demand more from our leaders, regardless of what you think the solution is or what side of the political spectrum you fall on. We should all be united in solving this problem, no matter what the solution looks like. Sticking your head in the sand and letting elected officials debate and do nothing is not a luxury this time because this time your kid’s life is on the line.

What have you done to make sure your elected officials are working toward ending the carnage? Let us know in the comments.