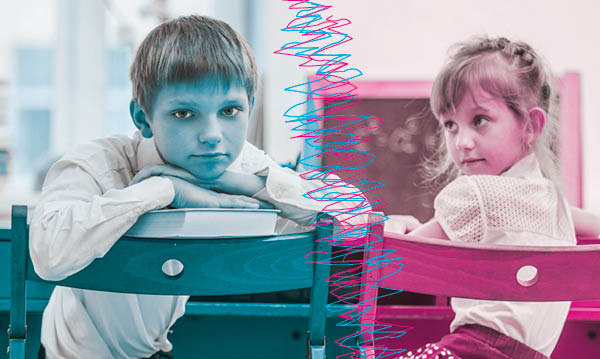 Parents in a Texas school district were understandably outraged recently after they received a newsletter from the counselor describing very different lesson plans for boys and girls.

The newsletter was from the school counselor at Borchardt Elementary School, part of the Frisco Independent School District, and detailed how fourth and fifth grade students would be split up for certain lessons with boys and girls talking about different topics, WFAA reports.

While boys had lessons planned on college and careers, girls would be talking about confidence and friendships, the news station reports.

“Reading that definitely does not sit easy with me,” nanny Ashley Kennedy says in the article. “Is the female supposed to have all these friends and stay at home while the male goes to college? It definitely is getting the idea of gender roles in children’s head at a young age.”

But a school district spokeswoman says the newsletter offered only a snapshot of the year’s planned topics and that the same material would be taught to both boys and girls.

“It was the intention all along that the students would get the same lessons, and by the time the lessons started in the first week of September, it was already decided to teach the college and career lesson to both boys and girls in the same month due to (the school’s) ‘College Week’ being in September. The newsletter had not been adjusted accordingly,” ISD spokeswoman Meghan Youker says, WFAA reports.

School principal Jodi Davis reinforced the same message in an email to parents, according to WFAA.

“Girls and boys in these grades will take part in guidance lessons separately, but both groups will cover the same topics. Lessons may be slightly staggered in the timing of their delivery, but all students will have the same exposure to the same guidance curriculum during the course of the year. College and career exploration will be a topic for both groups this fall,” she writes, in part, to parents.

Though the district seems to have a reasonable explanation, a quick look at the original version of the newsletter makes it clear why parents were upset.

It sounds like the district planned all along to teach both topics to all students but the newsletter mishap could have easily been avoided with a little more oversight. And why stagger the subject matter, anyway? Whether it was an honest mistake or not, parents were right to voice concern over what appeared to be some glaring inequalities in the counselor’s curriculum.

Lessons on confidence and relationships are obviously topics young girls and boys could benefit from, just as boys and girls should both be offered guidance on college and career options. I’m glad parents in this district were ready to speak up if it turned out to be more than just an oversight.

How would you feel if your school sent home a newsletter like this one? Do you think it was an honest mistake? Tell us in the comments.