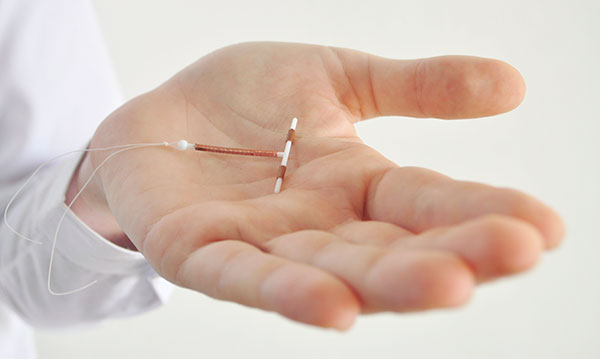 Girls as young as 11 years old in Seattle can get a free IUD implanted without their parents ever knowing about it, according to reports.

Chief Sealth High School is one of 13 public schools in the Seattle area that recently implemented a statewide health policy that lets middle schools and high schools administer birth control to girls in the sixth grade and above without parental consent, DailyMail reports.

That includes access to an IUD, a small device that is inserted into the uterus by a healthcare provider and provides long-lasting birth control.

Though they provide no protection against sexually transmitted diseases, IUDs are around 99 percent effective at preventing pregnancy, according to the Centers for Disease Control and Prevention.

The school-based clinics are part of the Washington State Health Care Authority Take Charge program. Income guidelines usually determine eligibility but a program spokesperson was quoted as saying students can use their own income to apply if they don’t want their parents to know they’re using the service, according to the DailyMail article.

Meanwhile, Seattle students can’t get soda or candy bars at school because they’re banned for health reasons, the story points out.

It’s no surprise that many teens aren’t willing to discuss birth control with their parents and there’s no doubt that an IUD is an effective way to prevent pregnancy, but it seems like a major oversight to allow such young girls to have a this type of medical procedure without parental consent.

An 11-year-old is far too young to understand the risks of the device and her parents wouldn’t know to look out for serious side effects. Possible complications of an IUD include infection (which can become serious and even fatal), bleeding and uterine perforations.

Even if a girl did notice complications, would she be willing to get medical attention since that could mean telling her parents about the IUD? What if it’s not a school day and the clinic is closed?

While there’s much to be said for better access to birth control, many parents will obviously take issue with their daughters being offered IUD implants at school. Plus, clinics like Planned Parenthood routinely offer similar services (parental consent depends on individual state law) so we don’t see why this particular service needs to be offered in the school setting.

We can only hope that the schools involved make every effort to fully inform parents of the program so that meaningful conversations can be had about the risks of accepting medications or procedures that could have serious side effects.

We understand that schools do more than educate – they can provide free hot meals for kids who need them, counseling and much more. We can see why providing a link to contraceptives for teens might be considered important, but the state of Washington needs to make sure it’s implemented responsibly. As far as we can tell, this program could put youth at even more risk.

What do you think? Should students be able to access an IUD through a school clinic without their parents knowing? Tell us in the comments.

The Hindu Festival of Colors happens on March 8. Enjoy this celebration of spring at home with these fun ideas.
Read more
Camps

Every child will eventually experience pet loss, but parents can help them cope with their grief. Here’s some expert advice from the Humane Society of Huron Valley.
Read more
School Issues