Shaming Your Kids on Social Media: Is it Ever OK?

We know parenting is hard, but pointing out our kids' mistakes for the world to see on social media is crossing the line. 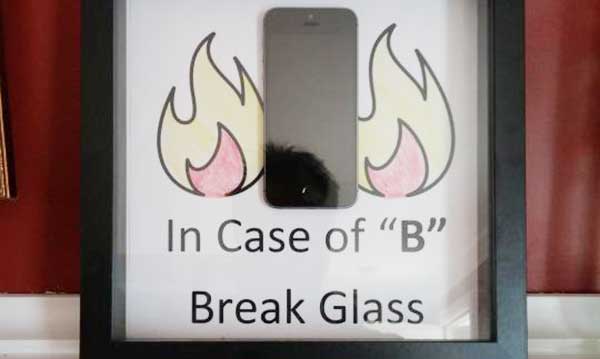 Parents just can’t seem to win on social media. Either they’re sharing too much and driving everyone crazy, only sharing those perfect moments that make their friends gag, or in this case, they’re just plain doing it wrong.

Social shaming seems to be the latest trend among moms and dads on Facebook and other social media platforms. They point out their children’s mistakes – anything from simple accidents to tantrums to poor test grades – for everyone to see online. If they’re lucky – or the child is especially unlucky, maybe? – the post goes viral and the whole world gets to have a laugh at the child’s expense.

Take this punishment-gone-viral for example. On Reddit in 2015, a user shared a photo of her daughter’s iPhone inside of a glass frame. “My daughter is currently pulling a D- in math. This is her phone,” the user wrote. A note underneath the phone reads, “In case of B, break glass.”

The photo got more than 3 million views and thousands of comments. Nothing like global embarrassment to help your child succeed, right?

“Yes it’s funny on social media,” parenting coach Sharon Silver recently told Yahoo! Parenting in an article about the public grade-shaming. “But it’s probably not funny to the child that her mother or father is humiliating her online. Parents definitely need to help motivate their children but what this post does is make her bad grade a big joke.”

Silver went on to tell Yahoo! that the punishment also “breaches the trust factor” in the child-parent relationship.

Unfortunately it’s just one of countless examples of parents social media shaming their children. We’ve all seen the photos of siblings jammed into a “get along shirt” as punishment or toddlers holding up signs about how they drew on the couch or vomited in their new car seat. It can also get more serious with photo posts about teens punished for posing with alcohol or in trouble for stealing.

There’s also the increasing theme of posting photos of kids who are crying or throwing a tantrum on social media – a quick search for #assholeparents will bring up several examples. It might not damage their future careers and the kids might never even find out about the posts, but this mom just doesn’t think it’s funny to see pictures of kids in apparent despair – whether it’s over something ridiculous or not. Babies and toddlers cry to communicate their needs, and while it’s frustrating at times, it’s our job to respond – not snap a pic and post it online.

As a parent, I can’t fathom the desire to post anything negative about my kids on social media. Kids already have no say in the cute, happy stuff that gets posted about them to the public (would they have given you that smile or done that dance if they knew your 400 Facebook friends were watching?). Using social media to call out their lowest moments is just mean.

What do you think, parents? Has social shaming gotten out of hand? Is it ever OK? Comment below with your thoughts!