Should Foster Parents Be Allowed to Spank? 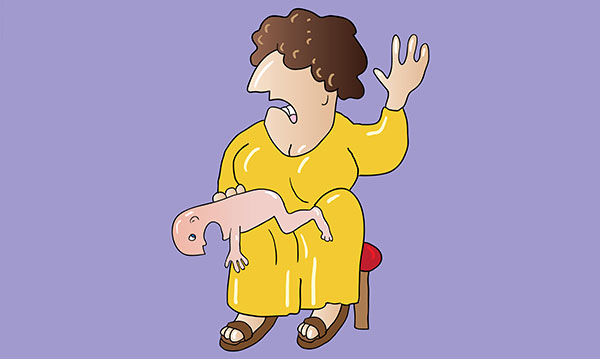 Loving foster parents are desperately needed across the country but some people say the requirements for applicants are too restrictive in at least one recent case.

The Massachusetts Department of Children and Families denied a foster parent application from a couple in Boston because they admitted to spanking their children as a form of discipline, Parenting.com reports.

Though Gregory and Melanie Magazu agreed not to spank any foster children under their care, the couple says they will continue to use corporal punishment on their biological children and any children they adopt in the future. The couple says they follow the Bible’s teaching on the topic.

“To deny a family who agrees to care for DCF kids by DCF’s guidelines because that family will not alter how they properly parent their own children is going too far,” Gregory Magazu says in the article.

A judge who ruled on the case in 2013 stated that many children in foster care have traumatic backgrounds, sometimes including physical violence, and being exposed to spanking could be detrimental.

“Being aware of physical punishment in their pre-adoptive home could well trigger the very trauma the placement was intended to mitigate,” Worcester Superior Court Judge Brian Davis wrote in his decision at the time, Parenting reports.

The latest appeal on the case will be heard by the Supreme Judicial Court on Sept. 10.

According to an article in the Sentinel & Enterprise, the Magazus promised to be “very sensitive” to the needs of any foster children in their home and said they would not spank their biological children in front of foster children.

Since the couple agreed that they wouldn’t spank any foster children – nor allow the foster children to witness any spanking – and since spanking is legal in Massachusetts, it may seem at first that the court went too far in their denial of this couple.

But we have to question how it would even be possible to prevent a child from knowing that another child in the home has been spanked. Crying could potentially be heard from other areas of the home, and what’s to stop the children from talking about it? And if the parents are accustomed to using spanking as discipline, are they even familiar with and comfortable using non-physical forms of addressing child misbehavior?

There’s no saying what sort of emotional toll it could take on a child with a history of abuse to live in an environment where corporal punishment is occurring.

Foster children need love and patience. It’s possible that this couple is equipped to provide that and we give them credit for wanting to open their hearts and home to foster children. But we can see why the state wasn’t ready to take any risks when it comes to the emotional well-being and stability of the kids they’re entrusted to protect. There’s just too much at stake.

What do you think about this case? Should the couple be approved as foster parents even though they use corporal punishment?