Should People Get in Trouble for Cheering at Graduations? 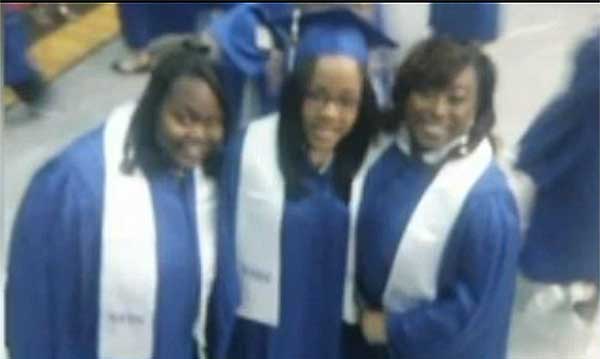 Graduations are a joyous occasion for friends, families and especially the graduate. These days it’s acceptable to ask the audience to hold applause until all of the graduates are announced, but to charge them with disturbing the peace? Well, something just isn’t right. According to ABC 13, a family in Mississippi was facing charges for cheering during a loved one’s graduation ceremony.

Before the ceremony started at Senatobia High School, superintendent Jay Foster asked parents to hold their applause, cheers and screams until the end of the ceremony. However, some family members just couldn’t hold back their excitement.

“We were instructed to remove anyone that cheered during the ceremony, which was done,” campus police chief Zabe Davis tells the New York Times. “And then Jay Foster, the superintendent, came and pressed charges against those people.”

Foster says that he refused to have out-of-control cheering and a ceremony where a family couldn’t hear a graduate’s name being called or see them cross the stage to receive their diploma, according to Al.com. “Let’s serve them papers, maybe they’ll learn their lesson.”

Henry Walker and Ursula Miller are two of the four people removed from the ceremony – and they were charged with disturbing the peace with a bond of $500 each or six months in jail, according to the New York Times.

On June 9, the New York Times reported that Foster dropped the charges due to the many complaints and phone calls he received, but he will have order at his graduations moving forward.

Should people be punished for expressing love and being proud of their graduates? Definitely not. If you expected everyone in the audience to remain completely silent, you’re crazy. I understand some commenters that say it’s better to accommodate the graduates who do not have people present.

I know I was the person who clapped for graduates while I was seated, especially if I did not know them or if I didn’t hear anyone else clapping. Why can’t other graduates and parents be advised to applaud for everyone? It sure would make it more exciting. Or how about fake applause – like the automated clapping they have at basketball games or on TV?

Let families and graduates have their moment. If you can’t hear another graduate’s name being called because the family is still screaming for the other graduate, your graduation is going too fast. Slow it down – let them cherish this special moment.

What do you think? Did things go too far? Comment below.