A Michigan mom is gathering signatures hoping Meijer will make changes. Do you think it's necessary? 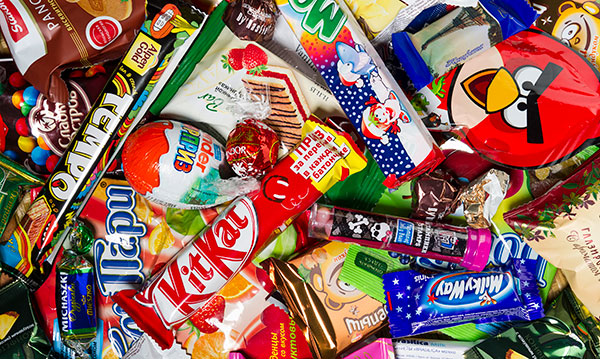 Parents are used to saying “no” at the grocery store when kids ask for candy, toys or other items that aren’t on the list. For most of us, it’s just an expected part of the shopping-with-kids process.

One Michigan mom is trying to make it a little less difficult, though, by asking Meijer to remove things like candy and soda from its checkout areas.

Jane Kramer, a mom from Bath Township, started the petition last month and it currently has more than 1,000 signatures.

“I’ve been a Meijer customer for eleven years and truly appreciate the many wonderful things Meijer does for its communities, but there is a much-needed change towards healthier checkouts,” Kramer explains in the petition.

The petition asks Meijer to “adopt healthy checkout lanes to promote the health of its customers and communities.” That includes removing junk food and soda from checkout aisles, taking adult-themed tabloids out of children’s eye level and replacing these items with healthier choices such as children’s books or magazines instead.

Though she realizes some will think the changes are unnecessary, Kramer told the Detroit Free Press that she stands firm in her belief. “I don’t know why I have to say ‘no’ all the time to bad choices when I could be saying ‘yes’ to healthy choices,” she told the newspaper.

As for Meijer, a communications rep for the Michigan-based company told the Free Press they were aware of the petition but not necessarily planning any changes.

“Our customer base is very broad and diverse and we work hard to ensure our offerings appeal to the millions of customers who come through our doors each week,” Frank J. Guglielmi wrote in an email to the newspaper. “We are also passionate about offering healthy choices throughout our stores and we appreciate Ms. Kramer’s passion as well.”

A look at the comments on the Free Press story makes it clear that many people don’t see the need for modified checkout areas. Parents should just say “no” and mean it, some say, and expecting the store to make changes to prevent tantrums is a stretch.

As nice as it might be to avoid the candy “ask” in line – or better yet, have healthy options there instead – it’s probably reasonable that parents just have to deal with all that candy and soda being within their kids’ reach momentarily. For better or worse, these are convenience items that many people buy and probably lots of shoppers would miss.

Temptations like that are pretty much everywhere, after all – from the golden arches that kids recognize at an early age to the little toys kids manage to find and want at any department store.

Saying “no” – or giving in every so often (because haven’t we all been grateful for that pack of M&Ms in the checkout line once or twice when it buys extra patience from an overtired toddler?) – is just part of the job. But who knows? Maybe, thanks to people like Kramer, checkout lines of the future will have parents and non-parents reaching for something healthier.

And her idea about moving tabloid magazines is definitely compelling. Kids don’t need to be using their emerging reading skills to sound out headlines about sex tips, boob jobs or other adult themes while they’re at a grocery store that’s otherwise perfectly family-friendly. Finding a realistic solution that keeps kids from seeing them doesn’t seem likely, but it’s worth a try.

Whether the proposed changes are totally necessary or not, we give this mom major props for speaking up about something she sees as an issue and taking action to try to improve things for all families. We could use more moms like her fighting for the issues, big and small, in our communities.

What do you think? Should Meijer – and/or other retailers – remove junk food and soda from their checkout lines? What about tabloid magazines? Tell us your opinion in the comments!