Should Working Moms Hide Their Pregnancies? 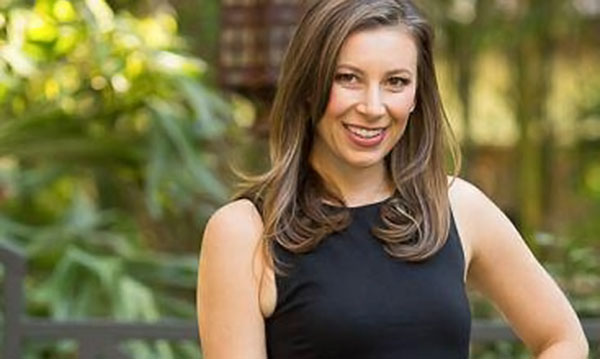 A female CEO recently published an essay in Fortune magazine admitting that she hid her pregnancy at work.

Talia Goldstein, the founder and CEO of matchmaking startup Three Day Rule, wrote in the article that she made the decision because her industry looks down on getting pregnant and people had told her that a pregnant CEO is considered a “huge red flag” for investors.

“I felt ashamed and upset at myself for getting pregnant during this crucial fundraising time,” Goldstein wrote. “So, I made what I thought was my only choice: I hid my pregnancy from investors, from family, even from my own business partner.”

She wore baggy clothes at pitch meetings so no one would notice but when word eventually got out, people were quick to focus on her bump instead of her business. Despite the negative comments, Goldstein says she was able to grow her company into a “powerhouse.”

Now years later, Goldstein is pregnant with her second child and she isn’t hiding it this time, even though she knows pregnancy is still uncommon in the world of startups. Instead she’s determined to “take a stand” since she’s proven it’s possible to be a mom and run a startup.

It’s unfortunate that this CEO felt the need to hide her first pregnancy but we’re glad she’s now speaking up about the problems in her industry that make women feel ashamed about starting a family.

This story seems to have a happy ending, but we know that’s not the case for many working women – especially those who haven’t yet made it to CEO status. As one commenter on a Yahoo Parenting story about Goldstein aptly wrote, “If the CEO has to hide her pregnancy, what chance does a low echelon worker have?”

Most working moms can probably sympathize at least to some extent about the desire to hide a pregnancy as long as possible. Coworkers may treat you differently, resent you for the extra workload they’ll have when you’re on leave or start with the questions that every woman (but no man) gets asked about whether or not you’ll return to work.

And it can get much worse: many women report being passed over for new jobs, promotions or raises because they’re pregnant.

As Yahoo Parenting reports, discriminating against pregnant women in the workplace has been illegal since the Pregnancy Discrimination Act of 1978 was passed, but studies show that mothers are still at a disadvantage in the workplace with median full-time wages higher for dads than moms.

“Creating a life is a public good, but (for women) it’s often a personal liability,” Vicki Shabo, vice president of the National Partnership for Women and Families in Washington, D.C., told Yahoo.

So should women hide their pregnancies? They certainly shouldn’t have to. But until more protections are put in place for working moms, it might just make good financial sense.

Would you ever hide your pregnancy at work? Why or why not? Tell us in the comments.