Single Mom and Her Son Take Vine by Storm 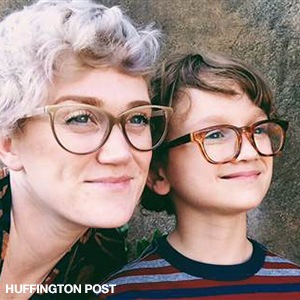 Harmony Smith and her son, Elliott, might just be better than those cats you see on Vine. Take a look at their comedy-driven parenting parodies on Vine and it's easy to tell why.

For those of you stuck in the era of Facebook, Vine is a video-sharing service that allows its users to record and edit six-second videos that play on a loop and view the video clips of other "Viners."

So far, their Vines have earned them some 400,000 followers – helped along with "having Katy Perry tweet out Elliott's 'Dark Horse' rendition," according to the Huffington Post. The videos cover their life in a single parent-household, from the judgmental stares at a PTA function to the difficulties of dating as a single mom. And even those awkward moments when your child shouldn't be hearing or seeing something they are.

"I had in mind that I wanted to represent the single parent that is trying to get back into the dating world, but really just get her life together with her unexpected wingman, her son," Smith, 27, told the Huffington Post via email. "Life happens and I think it's more important to be an example of how to deal with things, and have a good sense of humor while you are still figuring it out."

Smith isn't the only one with a big sense of humor, though. Elliott is always pitching skits to his mom, especially those that involve cutting a rug.

"He loves to dance and has always been very musically inclined," Smith told the Huffington Post. "And if there is a wig around, he's sure to put it on and instantly find a character for it then ask me to film him."

With the exception of a few rude Viners that were promptly blocked from her feed, most people love the little peeks into the duo's days and are handing out some major brownie points to this awesome momma.

One Viner, Nicole Rick tagged Smith in her comment on their video, Mondays. w/Benjamin Folds saying, "Your relationship with your son is so beautiful, (and) your Vines always brighten my day!"

All of this Vining turned out to be more than a hobby for the duo. Elliott just finished filming his first commercial, and both he and his mother were recently signed to a talent agency. Despite this, Smith doesn't know what the future holds for her or Elliott, but one thing is for certain: The duo will continue to dance, sing and rock the single-parenting thing.