Even though it started out as a hobby, a Florida mom is taking the ugly Christmas sweater market by the balls – I mean, bells – and finding her audience, too. 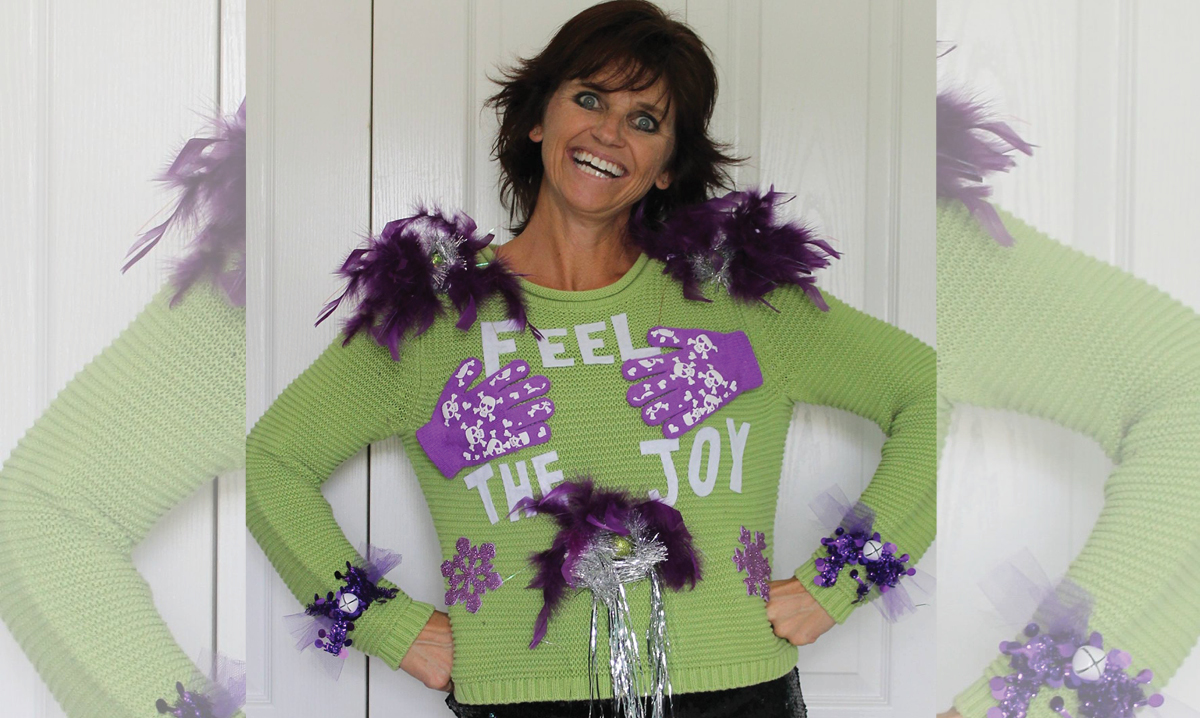 The Christmas holiday comes with some silly traditions, but one that seems to take the cake are those dreaded ugly Christmas sweater parties.

These parties are competitive, too, because everyone is fighting to wear the absolute craziest sweater. And each year, the sweaters are seemingly getting tackier than the year before.

But no longer will you have to search the thrift store – or your grandma’s closet – high and low for the perfect red sweater with more tinsel attached than what’s on your Christmas tree. That’s because a 48-year-old single mom from Florida is selling her own tacky creations ­­– starting as low as $20 and pushing up to about $120 – on Etsy, Pinterest and Facebook.

Deb Rottum turned her daughter’s old bedroom into her own sweater-making studio. Rottum told Fox News that she has 550 sweaters completely decorated and ready to ship.

Although Rottum has been selling her creations for the past four years, she says that the demand is higher than ever before. The key to her success? She’s now incorporating lights and baubles into the designs, she tells Fox. Some of the sweaters have even made their way to Sweden.

And this isn’t a hobby to Rottum, who says that, as a single parent, she relies on the ugly Christmas sweaters for income – as this is her primary business. She also says that she sources, makes, models and ships her own items. The only help she gets is reportedly from her daughter, who takes the photos.

Her output is a pretty proficient, too: Rottum says it takes her two hours to make one sweater. But she also has to keep up with ugly sweater game and all the competition it comes with. One way she apparently tries to keep up is by adding plus-size sweaters to her line that go up to an XXXXXL.

The competition doesn’t seem to shake Rottum, though, because, she tells Fox, the sweaters stand out. Anyone can throw “a bunch of junk” on a sweater and make it ugly, she argues, but she takes pride in hers “matching.”

“They are tricky but they are decorative and pretty,” Rottum told the news source.

What do you think of these DIY ugly sweaters? Would you buy one? Let us know your in the comments.