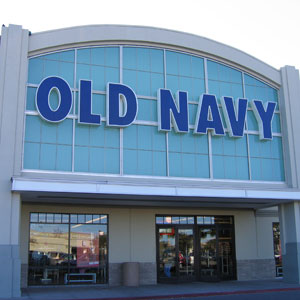 A Detroit mother is facing – or, rather, hiding from – allegations that she forced her child to shoplift from an Old Navy in Troy.

Police told The Detroit News that security cameras showed the woman, along with two kids and a 61-year-old woman, entering the Coolidge Highway store at 8:10 p.m. on May 19, 2012. The four went their separate ways and proceeded to smuggle various items out of the popular chain store.

Security caught the 11-year-old girl and older woman upon exiting the store. That woman was arrested for retail fraud. The girl reportedly had $123.95 worth of stolen baby clothes, jewelry and women's clothing stuffed inside a purse given to her by her mother. The girl told police that her mom had instructed her to meet her outside once she'd grabbed the items.

The mother and her other child, a young boy, fled the scene without getting caught by security. But when police called mom later that day (using contact information found in the 11-year-old's purse), not only did she deny ever being at the Old Navy that day, she then refused to pick her daughter up from jail – even after calling police back later and admitting that she'd lied. The girl's aunt eventually picked her up from the station that evening.

Parents quickly took to the web to vent some very strong opinions. The gist? That this woman is unfit to be a parent and should be arrested.

"I feel sad for her kids, who really need to be removed from what is a seriously dysfunctional environment," Bespoken said in a comment on a Huffington Post article. "Any parent who teaches their kid that this kind of thing is OK is unfit. End of story."

Despite the onslaught of negative comments, there were some that didn't see the whole situation as all that bad.

"Naw! It's nothing new," Kerri Colleen said in a comment on a Troy Patch article. "When I was a child, back in the late '60s and '70s, my own mother used to steal stuff all the time – from stores, doctors' offices, you name it – and she would always use me and my siblings to carry the stolen items out for her."

Nothing new, maybe. But even then, seriously: Leaving your kid holding the bag?

As for the perp? As of this writing, she's still at-large. The woman has yet to turn herself in – and is wanted by Troy Police Department for retail fraud, child neglect and contributing to the delinquency of a minor.

Every child will eventually experience pet loss, but parents can help them cope with their grief. Here’s some expert advice from the Humane Society of Huron Valley.
Read more
Outdoors