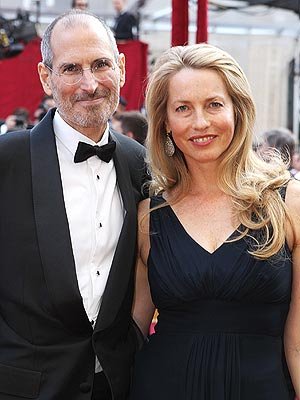 At the time of his death, Apple innovator Steve Jobs was collaborating with Pulitzer Prize-nominated writer and former Time magazine editor Walter Isaacson on a tell-all biography. The book, which is on the publishing fast track as a result of the technology pioneer’s death, will be released on Oct. 24.

Presale reservations of the Steve Jobs biography have already made it the No. 1 bestselling book on Amazon.com. That’s hardly a surprise since Apple devotees are certainly keen to get deeper insight into someone many are calling this generation’s Thomas Edison. And yet, Jobs didn’t open himself up over the course of several months to sate the curiosity of Mac lovers and establish his place in history.

Instead, according to Isaacson, Jobs was hoping the book would give his own kids a better insight into their father since he was rarely home.

“I wanted my kids to know me,” Isaacson quoted Jobs as saying in their final interview at Jobs’ home in California. “I wasn’t always there for them and I wanted them to know why and to understand what I did.”

It’s sad to think that any father – whether he’s an inventor or an insurance broker – would have to rely on someone or something to tell his kids who he was. Isn’t that what we are supposed to do every day as parents when we spend time with our children? Through those moments of driving them to school, playing board games or telling bedtime stories, we learn about our children and they learn about us. What an irony that a man who’s justifiably credited with making huge advances in the way we live from a technology perspective was such a dinosaur from a fatherhood perspective. Steve Jobs’ take on being a dad seems like that of a bygone era when fathers were expected to put work so ahead of their families that they were practical strangers to their children.

And yet even though he acknowledges he was never father of the year to the three children he had with wife Laurene Powell Jobs, at least he acknowledged they were his children. In what is probably his most character-indicting biographical factoid, at age 23, Jobs had a child with high school girlfriend Chrisann Brennan that he denied was his. His child, Lisa, and her mother were on welfare even after he’d become wealthy, and yet he continued to deny paternity of Lisa and refused to help support her. He even went so far as to sign a court document that it was impossible for Lisa to be his child because he was sterile. Clearly, that wasn’t true, since he had three children later in life. Jobs did come around to recognize Lisa as his child when she was 6. According to Lisa, she became more a part of her father’s life in her teenage years. Lisa Brennan-Jobs is now 33 years old, and is a Harvard graduate and writer.

Steve Jobs’ epic fail as family man also made him a clueless employer when it comes to family balance. He was often cited as a tough boss who thought little of requiring his employees to work hours hardly conducive to raising a family.

“You’d be surprised how hard people work around here,” Jobs said in a 2004 interview with Businessweek. “They work nights and weekends, sometimes not seeing their families for a while. Sometimes people work through Christmas to make sure the tooling is just right at some factory in some corner of the world so our product comes out the best it can be.”

No doubt Steve Jobs’s dedication as an innovator, creator and entrepreneur is admirable and exceptional. When it comes to technology and business, he taught us a lot. But as a father and as family man, he was the one who had a lot to learn. Apparently, there was no app for that.

What do you think? Does Steve Jobs’ failings as a father affect his legacy?