Student Fakes Admission to Harvard, Stanford to Impress Parents, Others 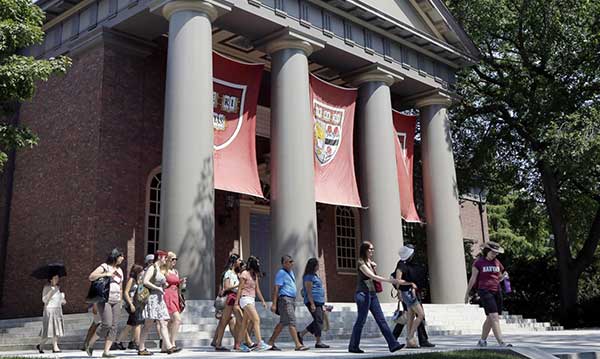 Wouldn’t it be awesome to be a senior in high school, admitted to a special program to attend both Harvard and Stanford universities for college, each for two years – only after debating which school to attend, since they’ve both offered five-figure scholarships?

A 17-year-old senior at Thomas Jefferson High School for Science and Technology in Fairfax County, Virginia thought so. This student at the top-ranked magnet high school apparently fabricated an entire story that she was accepted to these well-known universities and attending a special program at both, according to the Washington Post, which withheld the minor’s name. The Post reports it was all done to impress her parents – as well as her fellow classmates and educators at the high school.

And it wouldn’t be news, except that she made headlines internationally, with Korean media calling her “Genius Girl” – and as The Post reports, the family did interviews, too, which appeared both overseas and in Korean American news. At one point, it was said Mark Zuckerberg had called the teen on the phone.

Eventually, all of it was discovered to be a hoax. Admissions letters the student gave to Korean media outlets were deemed fake, and the student’s father apparently wrote an apology to Korean media, The Post notes, saying, “I am sincerely sorry for causing trouble with what is not true,” and, “I am deeply repentant that I failed to watch properly over how painful and difficult a situation the child has been in so far and that I even aggravated and enlarged her suffering.” He goes on to say the family will “live a quiet life” and, that they are devoted to “getting the child cured well and taking good care of her.”

One student in particular at the school was actually accepted to all eight Ivy League schools – among several others. Brandon Kosatka, the director of student services, referred to students who achieve this, and told The Post, “That’s the bar, and our kids are shooting for that. They don’t like to be second best. If that’s the bar, then, yes, that creates anxiety for them.” He adds later in the story that students don’t want to let down the adults in their lives.

Reading the story, I actually felt sad for this 17-year-old student. I feel sad that she would ever possibly think there were so few post-secondary life options to choose from that would make her loved ones and peers proud of her. From what I’ve read about the school, I gather this is a pretty high-performing institution. I would bet she’s a very intelligent teen to have had the privilege to attend school here, and I am sure she could (and will) go on to do great things someday.

I absolutely do not condone lying and fabricating stories. This was a big fib that went way too far. Though I imagine it must have been horrible for this girl to feel so much pressure to impress those around her that she would resort to being deceitful to such a degree.

Sadly, the story of her lies might follow her around for a while, and I do hope she understands that what she did was really, really wrong. That said, I hope she – and other students feeling this type of pressure – find the support they need to find their own path, and know there are other routes to happiness and success that aren’t attending Harvard and Stanford if that’s not in the cards.

What are your thoughts on this situation? Comment below!

Brought to you by Aim High School
Read more
Travel

Have an exciting spring break at these kid-friendly travel destinations.
Read more
Attractions