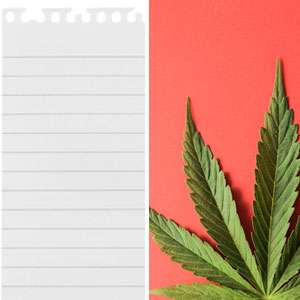 One New Mexican teacher found out the hard way that when it comes to religion, people don't mess around.

When Katrina Guarascio assigned her high school elective class the task of updating a fairy tale or legend back in October, she probably didn't think that she would lose her job over it. That's apparently what happened to the creative writing teacher, though, when one of her students decided to take a prominent religious figure and put a joint in his hand, New York Daily News reports.

This is what went down. We've all heard the biblical story of Jesus, the bread and fish. In case you haven't, the story goes like this: Jesus has to feed tons of hungry folk with just five loaves of bread and two fish. Since he is Jesus, he, of course, succeeds and no one walks away hungry.

For the assignment, one student in Guarascio's class took this tale and changed the hungry to sick and the food to medical marijuana. The instructor took no offense (since the purpose of the class was for kids to express themselves). Since it fulfilled the criteria of the assignment, a grade should have been the end of it, right?

Another student took offense to the tale and, later at home, complained to mom and dad. Those parents turned around and took the complaint to the school – and the Rio Rancho school placed Guarascio on leave for three weeks to investigate.

The day before Thanksgiving, Guarascio reportedly was given the choice to change her behavior or resign. She chose the latter on Dec. 3.

Though it is unclear whether or not it was the Jesus, the marijuana or the Jesus with marijuana element of the story at issue, it's clear that the majority or anonymous Internet users are backing Guarascio and citing the First Amendment.

On KOAT Albuquerque, the local TV station in the region, 1stGenAmerican wrote, "Why was this teacher placed on administrative leave? She didn't do anything wrong. The student who wrote the story was expressing their freedom of speech."

The school, however, has emphasized that no one's freedom of speech was violated and that Guarascio chose to resign.

Do you think this teacher's only "crime" was allowing her students to express themselves? Or was this story inappropriate?