A parenting style that is 'not responsive but demanding' can be bad for kids. Is anyone surprised? 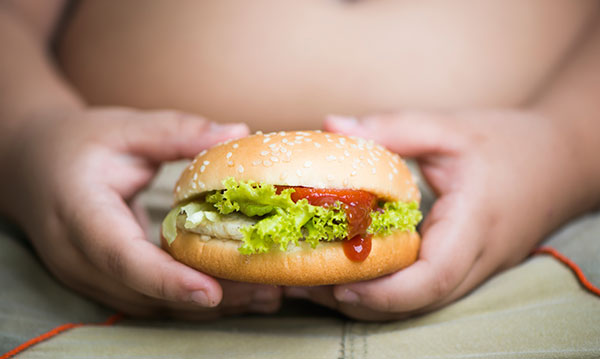 A recent study out of Concordia University in Canada found that children of “authoritarian” parents were more likely to become obese.

The Montreal-based researchers wanted to know how parenting styles and a child’s social environment affect obesity risk so they studied data on 37,577 children, comparing factors including socio-demographic and socio-economic status, family and neighborhood characteristics and height and weight.

The results? It turned out that preschool- and school-aged children with authoritarian parents were 35- to 41-percent more likely to be obese than kids with authoritative parents.

Living in poverty increased the risk of being obese by 20 percent compared to kids not living in poverty, regardless of parenting style, according to the study.

“Authoritarian parenting may translate to parents not responding to children’s cues of hunger and/or feeling full, and demanding or controlling the child’s energy intake,” Lisa Kakinami, the study’s lead author and an assistant professor at Concordia, says in a news release. “That results in the children’s ability to regulate their own energy intake being underdeveloped. These children may be more likely to overindulge when given the opportunity.”

Is anyone really surprised to find out that a parenting style characterized by not responding to your children’s cues is problematic?

It could be that the days of following the outdated method of making kids “clean their plate” have backfired. This study wouldn’t be the first to suggest it.

I’ve known so many parents whose kids simply wouldn’t eat certain foods or would struggle to finish what’s on their plate – no matter what incentives were offered and no matter how strict they’d try to be about it. The advice they’d get from family and friends would frequently revolve around “making them” eat it.

Fortunately, many modern parents just know that isn’t sound advice and instead adopt a more flexible approach. Hopefully studies like this will be another reason for parents to reconsider taking an overly controlling stance on food.

On the other hand, parents should also probably think twice before changing their parenting because of a single study. While I don’t personally believe a parenting style classified as “not responsive” to your kids is acceptable, I think it’s clear from this study and others that more research is needed to fully understand the contributing factors to childhood obesity.

Moms and dads should trust their instincts when it comes to parenting – and that would hopefully include a healthy dose of responsiveness and respect for a child’s feelings of full or hungry – and stick with common-sense tactics when it comes to helping their kids avoid obesity.

The Centers for Disease Control, for example, says that healthy lifestyle habits, including healthy eating and physical activity, can lower the risk of becoming obese and developing related diseases. That’s probably a good place to start.

What do you think about this study? Will it influence how you parent? Tell us in the comments!