The 13-year-old actually has ADHD, so when his teacher gave him an award essentially mocking his condition, the teen's mom got angry – and we don't blame her. 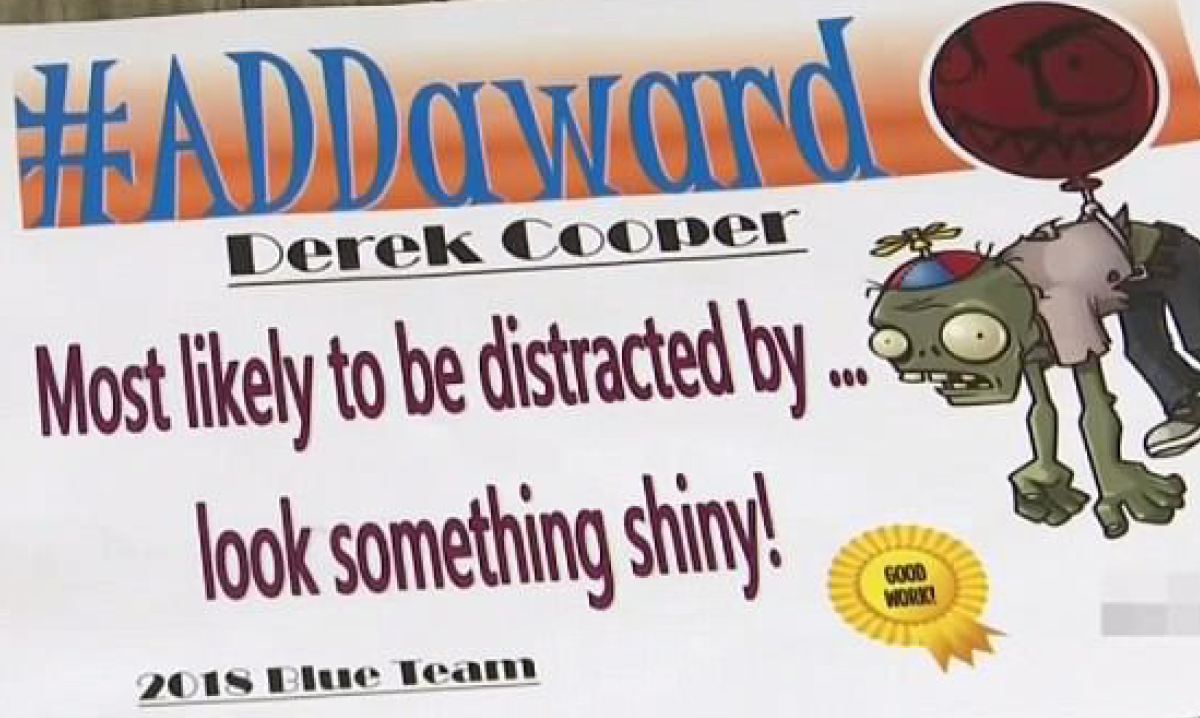 Mock elections are a favorite among teachers across the country and they’re typically a huge hit with students too.

Kids really seem to get a kick out of electing their classmates as the “class clown” or “most likely to become president” at the end of the school year – and even if they don’t get to vote, they still tend to enjoy getting silly or special awards from their teacher after a long and grueling school year.

This year, one teacher with Plainfield Central Schools in Connecticut takes the gold in failing for giving one of her students an ADD award.

The award, which is labeled #ADDaward, declared 13-year-old Derek Cooper to be “Most likely to be distracted by … look something shiny!” and is accompanied by a zombie floating away on a balloon with a gold ribbon that says “good work.”

Cooper – who also received an award for most improved in social studies and most likely to borrow something and never give it back – had to accept this award in front of his seventh grade classmates.

The real kicker here is that the kid actually has ADHD and was mortified to win this award. In fact, according to his mom, Tera, he cried of embarrassment while accepting the award.

What makes matters worse is that Derek is listed under an educational plan with the school, so the teacher was well aware of the fact that he has the condition.

Plainfield’s principal, Scott Gagnon, released a statement saying that the school’s administration had met with Derek’s parents and are “acting on good faith” to get the issue solved.

His mom is threatening legal action against the school to prevent other students from having to go through something like this.

And honestly, we can’t really blame her.

School is supposed to be a safe space. Sure, there may be bullying from other classmates, unfortunately, but teachers are people that kids are supposed to be able to trust.

This teacher broke that trust when she called out her student for a medical condition that he cannot control and – and there really isn’t any excuse for that.

What do you think of this award? Was it all fun and games or did the teacher take it too far? Let us know in the comments.