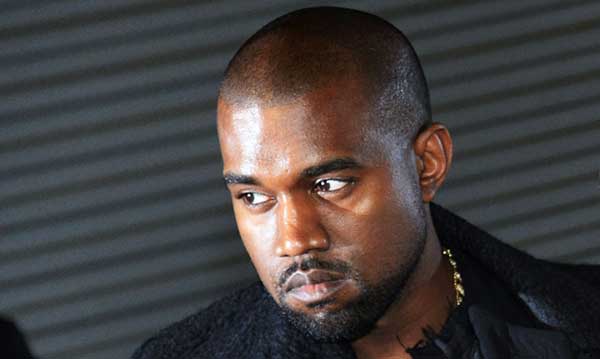 Kanye West may have found his 2020 running mate in Californian Adrian Perez, 33, a 4th-grade teacher who’s transformed his elementary classroom into a Yeezy tribute in an effort to arguably promote learning.

After exposure to the rapper’s 2015 performance at the BRIT Awards, Perez thought, “‘let me break the pavement and be innovative, and pull off this Kanye West-themed classroom.’ I was clever with Kanye West lyrics and turned them into positive and motivating display titles for my classroom walls,” he told Good Morning America, Yahoo! News reports.

But what I imagine proved more of an educated effort was finding age-appropriate verses for grade-school students. What a lyrical minefield.

Themed titles include: “I’m Amazing,” where students of the month receive recognition, “Touch the Sky With ELA (English Language Arts)” (ironic considering Kanye’s songs are riddled with improper grammar and expletives galore), “Math Monsters,” where students can tackle equations, and “Story of a Champion,” where only the most adept little Shakespeareans can mount their prized articles, the GMA, Yahoo! News article details.

The bear from the Graduation album cover pops up in various corners of the room, which is decked out in red and inspired by the “Red October” shoes Kanye designed.

While Kanye’s never been known to possess a shortage of confidence, his connection to the world isn’t notorious for being rooted in reality, and Perez’s inspiration appears one-sided.

“Mostly all of my students, if not all, did not know who Kanye West was prior to coming to my class,” he explained to E! News.

But he set each student straight, to make certain no young psyche dodged that bullet.

Perez says parents were much more receptive to his Kanye cave on back-to-school night.

“I had several parents show up, and gave them the tour of their child’s classroom and I explained in detail the concept behind the classroom,” he says, GMA reports. “They were impressed and were excited for me to teach their child. Some of the parents got it right away when they saw the graduation bear on my door. It was all smiles.”

But none of those parents appear to have taken to the comment section in an effort to negate the firestorm Perez’s vision has unleashed.

“(Perez) doesn’t sound like he is his own person. He’s an adult who is a ‘die-hard fan’ of a celebrity and has used that one celebrity as a focus,” writes Build-a-Man, who goes on to voice disappointment over the room’s “brag boards” on the GMA, Yahoo! News article.

Commenter Pomonateacher voices concern on the E! News article over whether the “students will run up to the stage and grab the microphone out of the principal’s hand when they do not receive certificates during any awards ceremonies.”

While Pomonateacher’s insight may seem heavy-handed, it’s a reminder that while Perez’s efforts to reach and include his kids can be commended, the method to his Yeezy madness lacks tact.

Funny enough, Kanye’s rated as one of the worst role models for kids by The Mommy Files, right up alongside Miley Cyrus. Now, a Cyrus classroom, where every kid’s hall pass resembles a tongue – that would make for a sight to see.

What do you think? Is Perez’s fandom harmless or interfering with his students’ chances to pull inspiration from other, perhaps more positive, influential figures?