Teen on Police Registry for Sexting 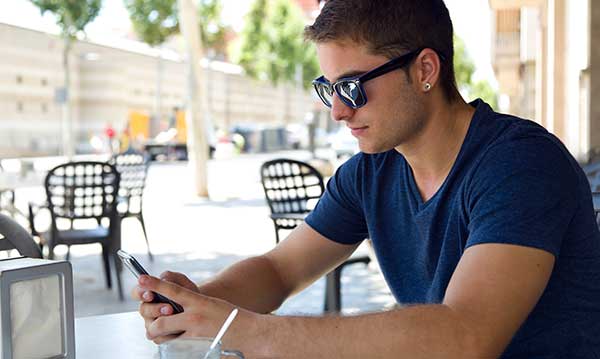 Sexting. It’s something parents have no doubt heard of, likely hope their teen isn’t doing – and after reading this, will definitely want to ensure doesn’t happen.

In case you’re not familiar, “sexting” is when somebody sends and receives sexual messages and images on their cellphone. Across the pond in the United Kingdom, a 14-year-old boy has found himself on the police database for at least the next 10 years for sending a nude photo of himself to his classmate. The police recorded it as a crime: making and distributing an indecent image of a child, The Guardian reports.

When the teen, flirting with the also-14-year-old girl, sent the photo via Snapchat, she allegedly shared it with others – and that’s how this all got started.

Apparently, he wasn’t charged with a crime, but the file is active for a minimum of a decade, as The Guardian notes, which will be flagged for potential employers should they ever do what’s called a Disclosure and Barring Service check. That means when this teen goes to get a job in his early 20s, this could come out all over again.

The boy, who says he’s “embarrassed” about the whole thing, The Guardian reports, now spends his lunchtime avoiding classmates who have seen the photo.

His mom told BBC Radio 4’s “Today”: “I think at best he was naive and at worst he was just a teenager. It is referred to as sexting, and apparently it happens all the time. It is just how teenagers flirt these days.”

And that’s not untrue. According to a recent study from the American Academy of Pediatrics, sexting has become the new “first base” because it’s that common. This teen even said, as reported in The Guardian, “You hear from a few people who have done it every week, it just feels like something to do.”

While he admits he shouldn’t have done it, he told the media it’s “just really annoying” this mistake made during his teen years could have such an impact on his future.

Sexting is a big no-no. There are serious consequences (like this), which teens should be aware are possible outcomes. Plus, these digital photos will possibly hang around forever (that should be scary enough!). But being put in the database for a serious crime for a minimum of 10 years? That feels extreme to me. Should he have sent the image of himself in the first place? No. And while making a mistake because you’re a teenager doesn’t excuse the wrongdoing completely, it sounds like this teen learned his lesson based solely on the reverberations (i.e. extreme embarrassment) he is experiencing at school.

But what’s also wrong? The fact that the girl he sent the photo to shared this private image with other people. It’s unclear if she ran into any legal trouble or trouble at the school for passing around the explicit photo, but she definitely should not have escalated the situation by sending it to peers.

The point is, sexting is dangerous – both for legal reasons and also social reasons. It’s important to have the conversation about sexting and its consequences with teens (you can get tips on how to do that here). Maybe this can be a jumping off point.

What’s your take? Was this punishment completely wrong or was it a justifiable consequence for sexting? Comment and tell us!