Teen Passes Out After Four Days of Uninterrupted Video Gaming

An Ohio kid collapses after barely breaking from playing Modern Warfare 3 on his Xbox. Taking blame? Lack of sleep, dehydration and absent parents. 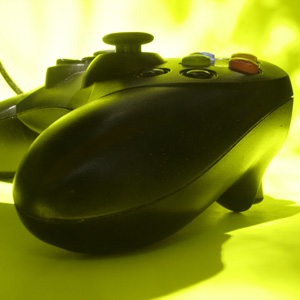 Lately, you haven’t seen much of your teenage son. He’s barely left his room, except for a few minutes to snack and shower. Length of hibernation: four days, possibly five. Wouldn’t you worry?

For Columbus, Ohio mom Jessie Rawlins, the alert signals failed to sound. When her son, 15 year-old Tyler Rigby, finally pulled away from hours of Xbox’s Modern Warfare Three, he collapsed three times from dehydration, according to Ohio’s NBC4i.

In that report, Nationwide Children’s Hospital emergency physician Dr. Mike Patrick said dehydration can turn deadly and when coupled with prolonged lack of sleep, the body will eventual shut down.

While eating and drinking, getting enough sleep, and taking time for exercise can prevent catastrophe at the hands of a video game controller, mom decided to take away Rigby’s Xbox anyway. Phew. Crisis averted. But shouldn’t we be appalled mom failed to find anything wrong with nearly five days zoned out in fantasy world?

Scott Bolderson commented on the NBC4i article, pointing fingers at parents. “So, the mother never checked in on the kid after not seeing him around the house at all for four days? Yeah, there’s top-quality parenting skills there,” he said.

According to the American Academy of Pediatrics, Bolderson is right. It suggests parents limit children’s viewing time to one or two hours per day.

Eartheasy blogger Greg Seamen also sees the danger in too much screen time. “While studies link excessive gaming with conditions like depression, anxiety and social phobia, simple common sense dictates that too much time spent playing online games is counter-productive to a child’s healthy growth and development,” he said.

Still, perhaps even more unsettling: Five days of video gaming apparently kept this kid completely satisfied. No need for fresh air? No jaunts over to a friend’s? No itch to move, interact, explore or learn?

I’m 18, and I can’t imagine staying confined to my room, locked on a screen, for more than a few hours. Granted, I never played video games as a kid. I can’t stand being inside when it’s nice out. But it’s sad to see so many teens content on the couch. The world is much larger than a 46-inch flat screen. Yes, it’s OK to sit back and relax for a while. But five days? Even five hours impedes on time better spent creating, discovering or moving.

So rather than locking away gaming equipment and pulling the plugs on TVs and computers, Seamen suggests cooperative steps – such as playing video games with your child, keeping a weekly time log, or jump starting a long-term project.

And, at the very least, go outside every once in a while.