The Duct Tape Challenge is Another Dangerous Teen Fad

Reports of a 14-year-old Washington teen seriously injuring himself due to taking 'the duct tape challenge' have shed light to this dangerous teen trend. 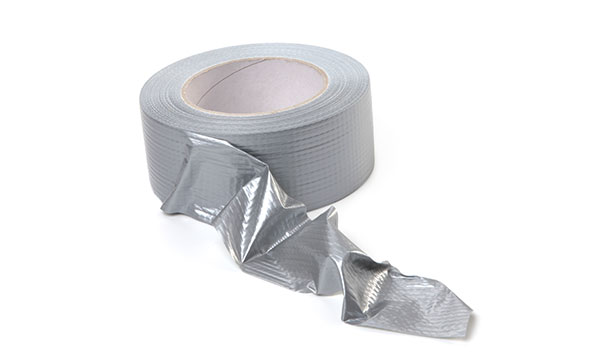 Duct tape is some seriously strong stuff. The fact is that it can be purchased in “advanced strength” and can be used for repairs and seals. Even the original strength boasts “aggressive adhesion.”

So it’s not a mystery why being wrapped in layers of duct tape and trying to escape the bind would not only be difficult but pretty dangerous. Just ask 14-year-old Skylar Fish, as Washington state teen. Recently, he took the challenge (though not his first time), allowing his friends to wrap his legs and hands in duct tape and film him trying to escape.

According to USA Today, in this challenge, Fish struggled to get out, fell forward and hit his head on the corner of a window frame and slammed into the concrete floor (there is apparently video of this, but I couldn’t bring myself to watch it).

He shattered his eye socket and cheekbone, and the fall caused him to have an aneurysm, the news outlet reports. He apparently had to have emergency surgery, too, and had to have 48 staples put in his head. Plus, damage to his eye, which he isn’t able to see out of, may be permanent. His mom started a GoFundMe page to pay for his recovery.

Mom and teen are now working to warn others about taking this viral challenge. Search “the duct tape challenge” on YouTube and there are about 254,000 results, which is worrisome. I don’t know exactly how long it’s been a thing, but now that Skylar and his mom have come forward about the teen’s experience, let’s hope the trend stops.

I really feel for Skylar and his mom, too. It’s horrific to think one stupid mistake in your teens could lead to so much pain, possible permanent damage and likely some medical debt.

That said, what is it with these ridiculous teen challenges? There was the stupid “cinnamon challenge” and the more recent Kylie Jenner lip challenge and sadly a couple others.

I guess it goes to show teens will always come up with some way to prove themselves or seem cool around their friends. The best thing to do is to spread the word about how dangerous some of these fads are – like Skylar, his mom and news outlets are doing – so that parents can be aware of what’s going on.