Toddler Falls in Cheetah Pit at the Zoo 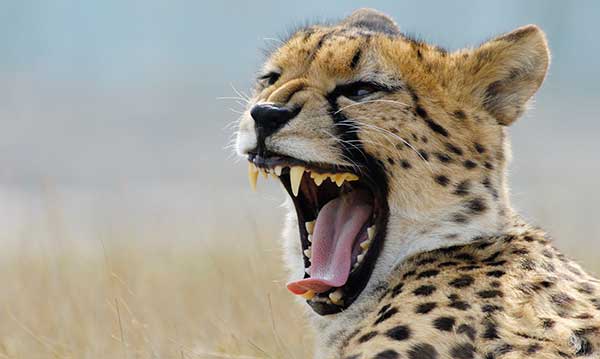 It’s a normal trip at the zoo with your family. You head over to see the cheetahs when you notice a parent holding her curious toddler over the railings. Clenching your teeth and holding your breath, you can only hope nothing bad happens. Then within seconds, the boy falls.

This is what happened at Cleveland Metroparks Zoo – gaining mother Michelle Schwab national attention and a misdemeanor charge, according to the Washington Post. And ironically, Cleveland.com reports that Schwab works for KinderCare child daycare center as the assistant director. You would think she knew a thing or two about child safety!

After her 2-year-old son plunged 10 to 12 feet into the cheetah pit, everyone screamed. Luckily, the speedy cheetahs were slow to react and instead just stood in shock, Time reports. The parents jumped in after him and pulled him out. They then took him to the hospital for a leg injury. Luckily, it wasn’t worse.

The zoo director had little to say about the incident, but everyone else openly expressed their opinions. Post commenter Cubby_Michael feels relief for the boy. “The woman is lucky that her child isn’t dead from the fall, let alone what the cheetahs might have done if they had run over and toyed with the kid the way some house cats toy with mice before they kill them,” he says.

On the other hand, commenter Gopher1 feels empathetic for the mother. “…Why can’t an accident be an accident without having our justice system involved? Do you honestly think that mother feels good about what happened and now that the public has got its vengeance?” he says.

Either way, the fact remains that this was a horrible situation and the mother is at fault. I would never dangle my child over any rail – not to mention over a rail that surrounds a cheetah pit making her look like a meal in mid-air.