The boy's mom was rocking a wig and he was having a great time playing with mommy's hair – until he pulled it off, that is. 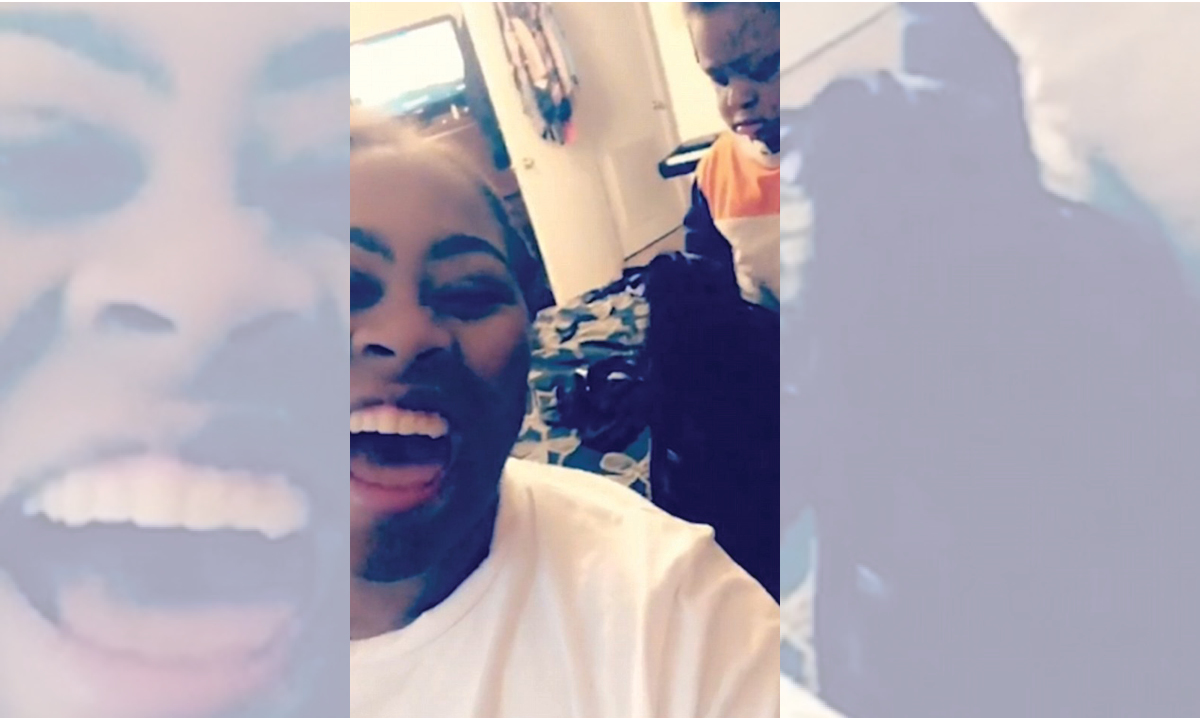 Kids do the darndest things. They don’t always mean to, of course. But if you’ve got a young’un on your hands, then you definitely have to be aware of the shiny, fuzzy or fun things that you wear or carry with you.

For example, when my nieces were younger, I’d have to be careful with my piercings. In fact, I’d take out my earrings and nose ring, because they had an affinity for all things shiny – and I didn’t want bigger holes.

That’s because kids like to touch and play with things that they’re attracted to. And one mom learned that her wig was a no-go with her son when he accidentally pulled it off.

In the video, which has since gone viral, the tot is innocently playing with mom’s hair. What he doesn’t realize, though, is that mom’s gorgeous hair is actually a wig.

He’s not tugging that hard – but, when he begins to bounce and body rock, as toddlers often do when they get excited, it gently slips off mom’s head.

For a brief moment the child looks at the hair in his hand, and then a look of horror that can only be described as “oh dear god, what have I done” crosses his face.

At this point, mom busts out laughing.

He makes a few confused noises and then tries to hand the wig back to his mom, but she’s laughing so hard that she can’t take it. So he tries to put it back on her head.

While we would highly recommend against messing with a woman’s hair, it is a cute and funny moment between a mom and her young son.

Of course, not everyone agrees. Commenters on a Daily Mail post about the incident call the mom irresponsible and say that she shouldn’t be encouraging her child to pull hair, and that she’s “stupid” for setting her child up and then laughing about it.

Whether or not the mom actually “set her child up” or simply had good timing for the video is unknown, but what’s pretty clear is that this was harmless – and there’s no better way to teach your kids not to pull hair than having them think they’ve scalped their mom or friend. Or at least that’s what this kid’s face says.

What do you think? Was this irresponsible on mom’s part or a cute story to tell? Let us know in the comments.