Too Involved? School Calls Out Volunteering Mom for Asking Questions

A parent at a school in Virginia was sent a harsh letter after asking a few too many questions of teachers and staff while she volunteered. 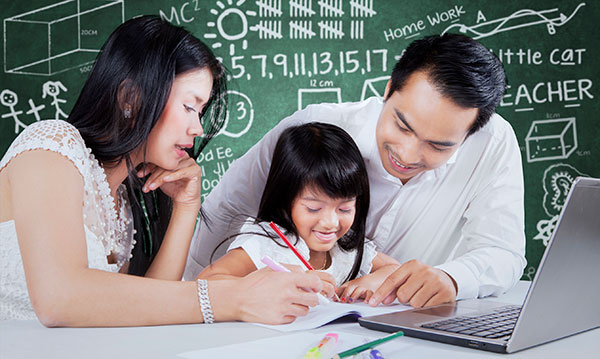 Being involved in your child’s school is a great thing. But where’s the line between helping out and helicoptering?

Volunteering at school is usually a win-win for all involved. The school gets extra help, the students enjoy seeing mom or dad lending a hand and parents can make positive contributions while getting a little sneak peak at the curriculum.

But things didn’t go quite as planned recently for a mom in Virginia who was volunteering at an Ancient Civilizations Festival at her child’s elementary school, the Washington Post reports.

Teachers asked the mom and physician, Melissa Dana, to make sure that students were working on Chinese calligraphy on their iPads. While she was at it, she ended up also browsing the tablets to see what other apps the kids were using during school, and she took some screenshots and photos so she could look into them more at home.

Before she left, she also asked some questions to her child’s teacher, another teacher she knew and the school librarian, the Post reports.

Somehow this got her reported to the district superintendent, who sent a “formal notification” asking Dana to change her behavior or else be banned from volunteering, according to the Washington Post article.

“Please accept this as a formal notification that making interview or meeting requests and impromptu questioning which causes staff to feel uncomfortable is not appropriate during the course of the school day and/or on school grounds,” the letter apparently read.

The district later said in a statement that Dana was warned as a matter of protecting student privacy and that this particular parent had asked for meetings many times and sent more than 2,100 emails to staff.

Readers were quick to speculate on the situation, with some defending Dana’s actions and others saying she crossed a line.

“While Dr. Dana very well might be an extremely dedicated volunteer, I think that it’s a bit inappropriate for her to take photos of other students’ individual work during her role as a volunteer,” DCBetsy commented on the Washington Post story. “Maybe it was all done with the best of intentions, but being a volunteer doesn’t mean that you get free reign to invade students’ privacy and record data that might be personally identifiable.”

While most teachers welcome parent communication, Janedoe5 commented in part, “I don’t know any who welcome parent bombardment or parents with an agenda.”

Others say a story like this is a sign that schools are becoming less tolerant of parent involvement.

“Schools are becoming more and more paranoid of parents volunteering,” Qetuo135 commented. “God forbid a parent have a question or disagree with something the teacher is doing in class.”

It’s not the only time parent involvement has been in the news lately. In fact, a recent article highlights “limited access letters” and those who believe the letters are being used to silence outspoken parents in low-income black and Hispanic schools. The letters work like a temporary restraining order against parents and can be given out by school administrators, DNAinfo reports.

The idea that parents would be silenced for speaking up about their concerns is despicable. No matter how it’s perceived by staff, parent involvement has proven benefits and parents shouldn’t have to fight to make sure they aren’t shut out of their kids’ education. And if parents notice issues while they’re volunteering? That added accountability is a good thing – it’s how positive change happens. Isn’t this the sort of parent school districts want?

Where do you stand on this? Was the district wrong to reprimand the volunteering parent?