Too Unhealthy for School Snack? Teachers Say 'No' to Banana Bread, Goldfish 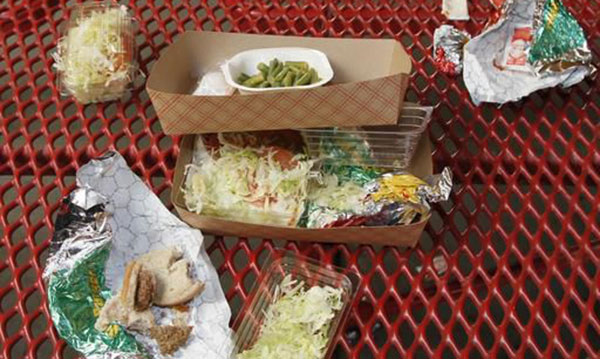 A group of parents in Canada say their schools are being too restrictive about what is and isn’t healthy enough for a school lunch or snack.

Elaina Daoust, a mom who lives in the Durham area east of Toronto, says her son was denied a piece of banana bread last year during pre-kindergarten. The banana bread contained chocolate chips and was considered too unhealthy for his morning snack, The Star reports.

“He came home with a chart (listing healthy snack ideas) and told me he and the teacher talked about it and healthy choices. She also sent a note to me. I was really, really, really mad for several reasons,” Daoust told the newspaper. “It’s not like he had chips or a chocolate bar.”

But apparently her situation isn’t unique. About 30 other parents from that area told the publication that their schools discouraged snacks such as Goldfish, string cheese, granola bars, juice boxes and even raisins.

There’s a lack of consistency between different schools and teachers, local parents told the newspaper, and they also get conflicting ideas about whether a special treat is allowed in a school lunch. One girl had chips removed from her lunch and another had lunches sent home because they contained pizza outside of “pizza days,” according to the article.

“It’s basically the teacher’s opinion,” another parent explained. “Is a muffin more healthy than a granola bar?”

Restrictions on school lunches and snacks aren’t a new controversy. In fact, last year we wrote about a Colorado parent who spoke out after being reprimanded for sending Oreos as a snack in her child’s school lunch.

Just like the Oreos situation, the case of the chocolate-chip banana bread is also laughable. Unless it’s a matter of allergens like nuts being brought into the classroom, kids should be able to eat their parent-provided snack in peace without feeling self-conscious or wondering what their teacher thinks of it.

And what’s with the restrictions on snacks like raisins, string cheese and Goldfish? A piece of banana bread with chocolate chips in it? These snacks wouldn’t possibly be considered bad choices by the majority of parents. You’d think we were talking about a morning snack of Pop Rocks or M&Ms.

We’re glad schools are putting an emphasis on healthy choices but it seems like in some cases, their efforts are misguided or over the top. If schools want this much control over the snacks kids have each day – like fresh fruits or vegetables, for example – then it should be provided by the district. Otherwise? Unless it’s a serious problem or a matter of safety, they should stay out of it.

Do you agree? Do you think banana bread with chocolate chips or Goldfish are OK for a school snack? Tell us in the comments!