Ugly, Chunky ‘Dad Shoes’ are Taking Over the Fashion Industry

They're awkward and unfashionable – and they've got red-hot price tags. Dad shoes are the newest up-and-coming trend, but we aren't really sure why. 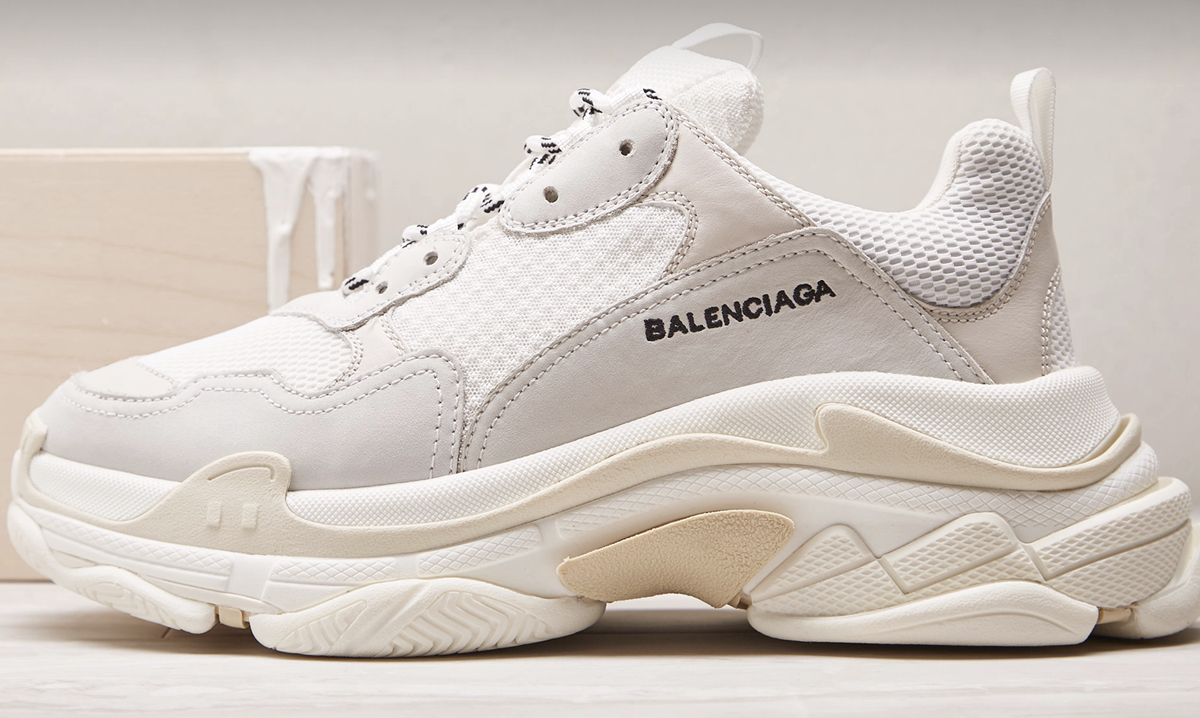 You know the ones. Take a peek in your dad’s closest and I guarantee that you will spot a pair of off-white and clunky “dad shoes” that walked right out of 1992.

My dad still has a pair that he lovingly refers to as his “s— kickers” that are covered in about 30 years of grass stains and motor oil. And yes, he still rocks them from time to time.

But that makes sense. Every dad, and mom for that matter, needs a pair of shoes that they don’t mind getting a little scruffy when they are chasing after kids, doing yard work, fixing the car or trying to get a grip on housework.

What doesn’t make sense, at least in my mind, are the “high-fashion” dad shoes that are gracing runways everywhere, as Business of Fashion reports.

That’s right: Those tennis shoes that you can get for about $15 at Wally World haven’t changed much, except that name-brand fashion empires like Louis Vuitton and Balenciaga are charging $200-$1,000 a pop for a pair.

It’s not just high-end designers, either. Household sports brands like Adidas, Fila and Puma, which are known for their sleek and minimalistic-style athletic shoes, are abandoning those styles in favor of chunkier kicks.

Even Skechers is throwing laces into the ring with a line of back-to-school dad sneakers for kids, the BoF post notes.

And apparently people are actually buying the things. Business of Fashion adds that high-end street wear, like tennis shoes, is one of the fastest-growing categories in luxury goods, which grew by 10 percent in 2017. Meanwhile, demand for your typical average footwear only grew by 2 percent.

So I guess there’s a market for it.

Still, I can’t imagine donning a pair of my dad’s old ratty shoes to some kind of classy event – even if they were brand-new – because that really isn’t what they’re made for. At least in my opinion. But I’ll admit that I’m not the most fashion-forward person in the world.

To each his own, I suppose.

My only real qualm with this trend is that now I gotta figure out how to break it to my gruff and cantankerous old man that he’s officially more fashion-conscious than his 20-something-year-old daughter.

What do you think of “dad shoes” as a fashion statement? Would you wear them? Does the dad in your life wear them unironically? Let us know in the comments.