To spare his classmate's feelings, Prince George's school says that he can't have a best friend. Is this fair practice or punishment for the popular? 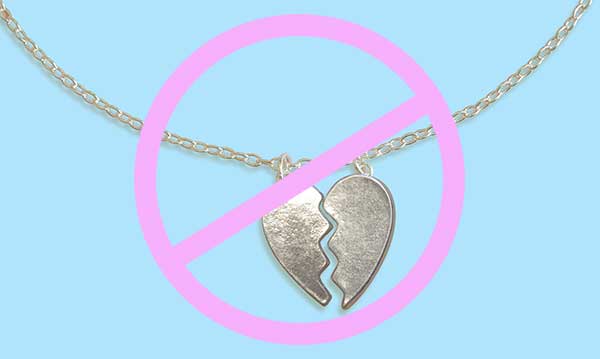 I love my best friends.

I have three of them and they all came into my lives at different times but while I was still a kid. We got through stupid high school drama, celebrated adult success and cried real tears through family loss, together; and will likely still be together for crazy escapades in the nursing home when we’re all 80 and fabulous.

I honestly couldn’t imagine my life without them. I mean, we still to this day call each other’s parents “mom and dad,” and we’re almost to our 30s.

Which is why I found it quite appalling that some schools in the UK, and even here in the United States, have started banning the idea of “best friends.”

The trend has been around for several years, but picked up traction again now that Prince George has started school at Thomas’s Battersea.

As a member of the monarchy, he was naturally popular when he arrived, so to spare his classmates’ feelings, the school decided that he wasn’t allowed to make a best friend. Instead, they wanted him to try to bond with each of his classmates, citing the argument that kids become better adjusted when they have larger groups of friends and avoid the negative feelings of “being left out.”

Meanwhile, critics say that when kids are forced to like every classmate the same, it robs them of coping skills.

Now, Prince George is only four, so he’d probably make friends with the majority of his class anyway, but having met one of my three best friends, Jenelle, in preschool, I have to weigh in.

I liked her more than my other preschool companions. Sorry. I just did. We had the same haircut and the same affinities for The Lion King and Play-Doh.

As we grew, we realized that we had a lot in common and grew into “sisters from another mister.” These days, we live an hour apart but she’s one of the biggest support systems in my life. If I need her, she’s a phone call, text, snap or drive away, and vice versa.

And the same goes for the other two, though I met them later in my childhood. The other kids, however, the ones that I made casual friendships with growing up, are barely a blip on my radar. And I bet if you’d ask them, I’m not a blip on theirs either.

The thing is, there are always going to be people in your life that you love, people that you downright can’t stand and people that fall somewhere in the middle. And even as a child, you’re allowed to choose whom you want in your life and whom you don’t.

(And at the same time, if a kid is not making friends naturally, there may be a cause for that. Perhaps the child has some sort of social anxiety, isn’t brushing their teeth well enough, is being a bully or being bullied; all things that parents should know about and address).

Now, this doesn’t mean that kids shouldn’t be encouraged to make friends with and learn about all of their classmates. It’s really important that kids are exposed to different people so that they can be well rounded, compassionate and understanding of other people, as well as learn how to cope when dealing with certain individuals that they don’t like, but that doesn’t mean that they shouldn’t be allowed to really bond with one or two classmates, either.

In your life, you’re going to need a few solid people that are there for you through heartbreak and tragedy. That’s when casual friends aren’t going to cut it. That’s when you need a bestie by your side.

Are best friends important? Or do you think that kids can get along without them? Let us know in the comments.