The rapper's 1999 hit 'Party Up' is far from nursery rhyme material, but a 3-year-old knows the lyrics as well as a kid knows 'Twinkle, Twinkle Little Star' – and well, I'm loving it. 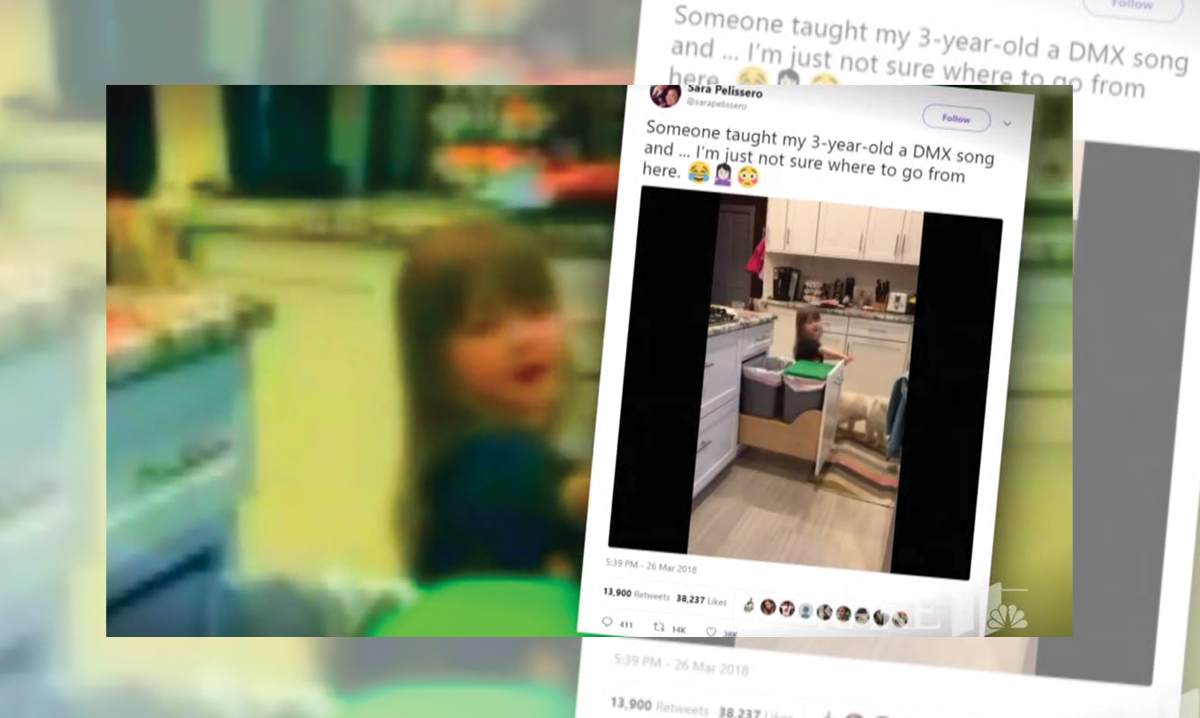 I remember when “Party Up” by DMX was released. I was 12 years old and, looking back, I probably shouldn’t have been singing along to those explicit lyrics – but oh, well. In college, the song would start to play at the club and my friends and I would all go crazy when we heard it. It’s just one of those songs for me, and to this day, it pumps me up when I hear it.

So when I saw KARE 11 digital producer Sara Pelissero’s video post of her daughter Tegan’s rendition of the rap song, I couldn’t help but smile. Take a look below:

Someone taught my 3-year-old a DMX song and … I’m just not sure where to go from here. ???‍♀️? pic.twitter.com/ZK8vRybnWn

Mom told KARE 11 that she loves posting videos of her kids but wasn’t planning to post this one, because she didn’t think anyone was going to find it as funny as she did. But she was wrong. The video has gone viral and received more than 5 million views – many of them positive.

“The reaction to the video has been mostly people blown away by T’s cuteness – or her impressive cleaning skills,” KARE 11 reported.

I have to agree. The little gal does have some mad rappin’ skills – and did you also notice her ability to multitask? She’s doing chores while she spits her lyrics! How cute is that?

Of course there are always those negative comments, too. I won’t bother spreading their negativity in this post, though. No need to bash this mom or the fact that her daughter is singing a ’90s rap song, especially when you realize there’s a sad story behind this video.

Back in September 2017, Pelissero was diagnosed with breast cancer, and she told KARE 11 that, much like the lyrics to this DMX song, she thought she was losing her mind after receiving her diagnosis.

As she battled cancer, her children were forced to take care of themselves a bit more. Tegan stepped right up – she fed the dog, washed dishes and more. Pretty impressive for such a little girl, right? Today, mom requires her daughter to help out after dinner every night, which I’d say is fantastic.

So I don’t see an issue with her singing this jam as she’s handling her business. It’s adorable – and hey, she’s not cussing, so what’s the big deal?