Does your husband ball up in the fetal position when he's sick? If so, this mom's video will make you LOL. 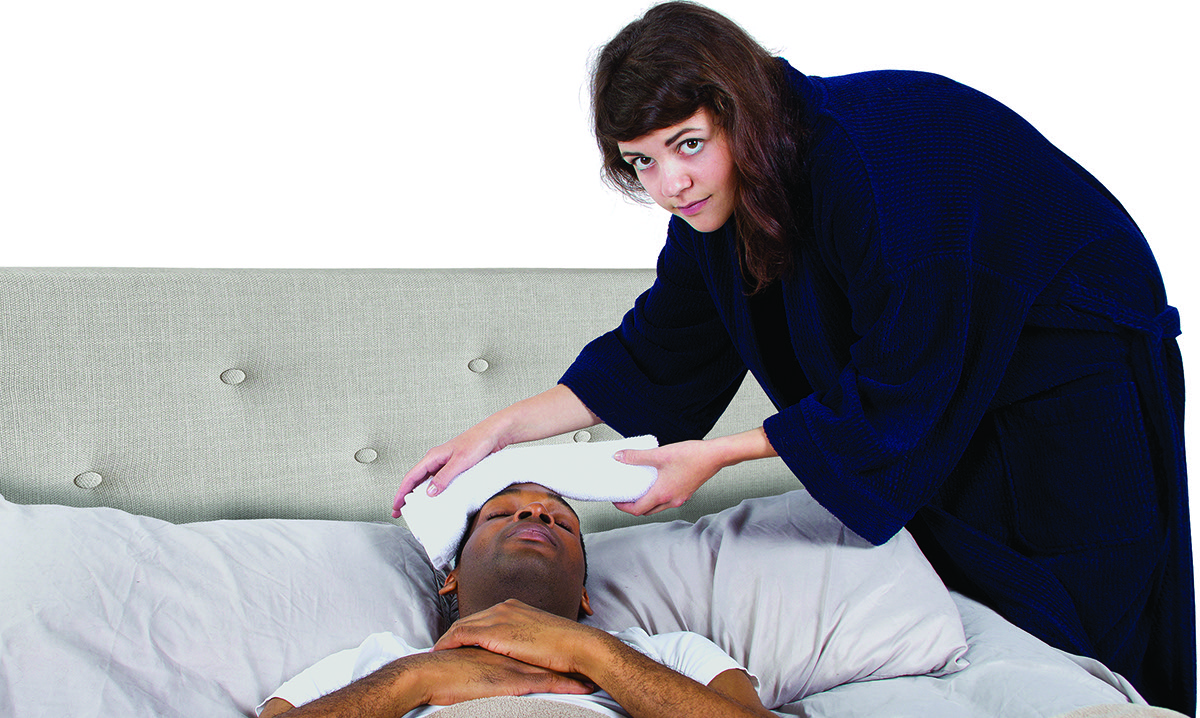 Anyone who’s married to or lives with a man knows that when he’s ill, he expects you to treat him like his mommy did when he was 6 years old and too sick for school.

He insists he’s dying, he pouts, he breathes loudly, he’s crabby – and it’s all because he’s a little stuffy. Honestly, I’ve had this experience with my husband a few times in our marriage and I basically wanted to kick him in the face each time. I’m pretty sure he realized this but didn’t care.

Most of the time when I’m sick – I’m still getting over a cold as I’m writing this – I manage to make dinner, do laundry, clean the house, scoop the litter, take care of my son, etc.

As moms, you do the same, right?

So that’s why the video below, which actually went viral back in 2016, is too hilarious not to revisit during cold and flu season – and in light of recent research regarding the “man flu” (we’ll get to that later).

This gem is from Meredith, the mom behind the That’s Inappropriate blog. You’re probably familiar with her blog and Facebook page already. She posts weekly videos about not being able to potty in private, rants about men needing to be praised for completing a task and even her husband’s Home Depot addiction.

Her videos are relatable AF. And the “mom cold vs. man cold” is something I’m certain we’ve all lived with our husbands.

As I mentioned, there’s new information regarding “man flu,” which suggests that men are more vulnerable to getting respiratory infections. The findings were published in the British Medical Journal’s Christmas edition. Canadian researcher and family medicine doctor Kyle Sue took a tongue-in-cheek approach to the concept of the “man flu” and cited various studies to back his claims.

“Men may not be exaggerating symptoms but have weaker immune responses to viral respiratory viruses, leading to greater morbidity and mortality than seen in women,” he wrote. “Lying on the couch, not getting out of bed or receiving assistance with activities of daily living could also be evolutionarily behaviors that protect against predators.”

Whether “man flu” is real or not, it’s no excuse for men to act like babies when they’re sick.

What do you think of this viral video? Does your husband act extra dramatic when he’s sick? Tell us in comments.