Several cities now have laws that slap kids over the age of 12 with penalties for going door-to-door on Halloween – and we think it's ridiculous. 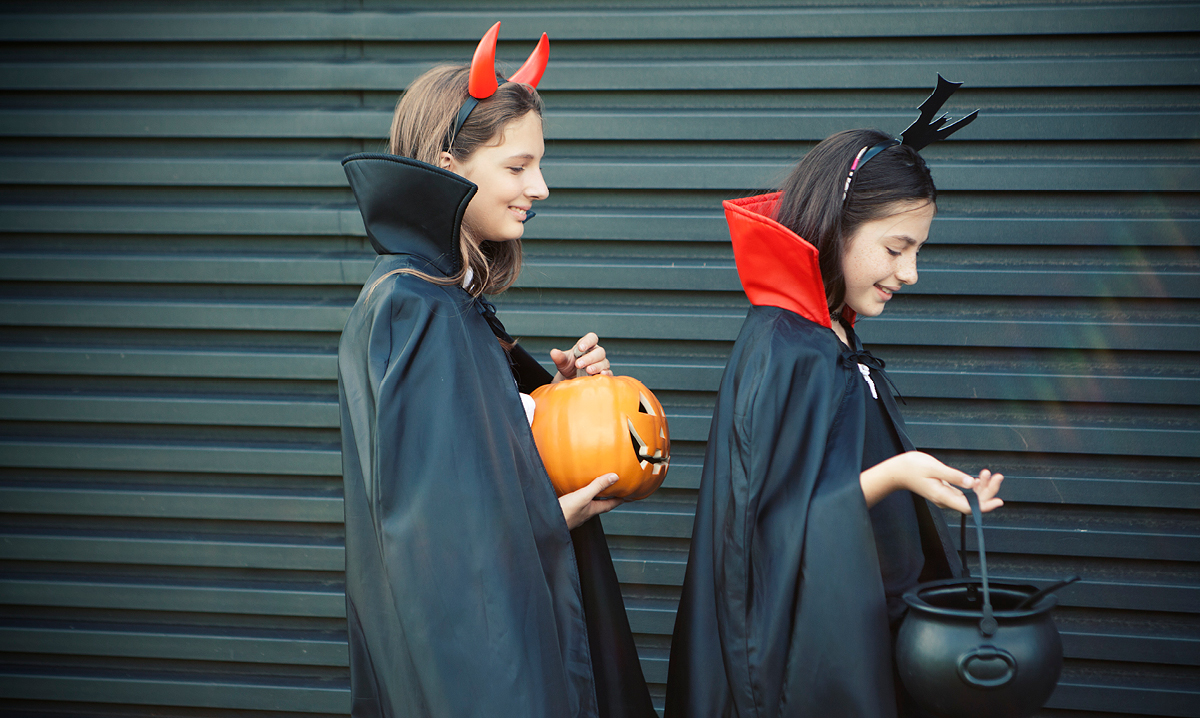 Would you let your teen trick-or-treat on Halloween? Letting tweens and teens participate in this holiday tradition has become a hot-button issue in recent years. Some moms and dads think that teens are too old to partake while others think it’s harmless fun.

But it doesn’t matter what side of the fence some Virginia parents fall on, because several cities throughout the Old Dominion have made the decision for them.

Cities like Norfolk, Portsmouth, Suffolk, Virginia Beach and a few others have laws on the books that bar kids older than 12 from trick-or treating. In fact, in a few cities, costume-clad teens that do choose to beg for candy on Halloween could face fines and even jail time.

For example, Huffington Post reports that in the city of Newport News, trick-or-treating over the age of 12 is considered a misdemeanor – though parents or older siblings are allowed to accompany kids 12 and under.

Meanwhile, the city of Chesapeake has a law that allows for fines of up to $100 or six months in jail for trick-or-treaters over the age of 12.

To be fair, Chesapeake’s website claims that the law will not actively be enforced and that kids who are smashing pumpkins or are otherwise being destructive would get into trouble.

It doesn’t say what would happen to a teen that was just trick-or-treating and not being destructive – which, based on how the law is written, is illegal, Huffington post notes.

And therein lies the absurdity.

It is one thing to discourage destructive behavior with a fine. It’s another entirely to bar a certain age group from the fun simply because you’ve decided they’ve aged out.

Kids only get a certain number of years before the real world smacks them in the face. So why is it so wrong that they get in a few more years of childhood activities before the weight of college planning, student loan debt and crappy underpaid jobs crashes down?

That’s why a teen that comes to my door in costume looking for candy on Halloween will get some dang candy, regardless of the law. After all, would you rather they be doing drugs or having sex instead of partaking in wholesome Halloween fun?

What do you think about these laws and do you think teens should be allowed to trick-or-treat on Halloween? Let us know in the comments.