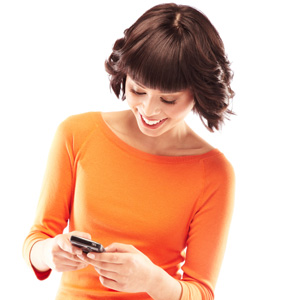 There seems to be an app to help us do just about anything. And it’s no surprise, considering we’re hooked on iPhones, Android phones and iPads. We have our beloved Angry Birds app, the app that tells us how many stars the restaurant down the street was given, and of course, our Facebook app that helps us keep up with friends and family.

But do we really need apps that remind us we have our children in tow, or that rate how ugly our children are? Apparently, yes, we do.

Oh Mother crawled the web for apps geared toward parents just to see what was out there for tech-savvy moms and dads. Some were pretty practical – like apps that help new mothers track their baby’s sleep and meal schedules. But some were definitely odd – yet, admittedly, a little funny.

So ta-da! Here are five of the funniest – and downright absurd – parenting apps we spotted. Enjoy.

Just in case you can’t remember, for some reason, that you have a baby – or you just never look in the back seat of your car – there’s Baby Reminder. Invented so mom and dad don’t forget their baby in the car, the app allows parents to schedule the days and times they drive with their kid in the car. Then, an alert on their phone reminds them that their little one is along for the ride. Y’know, in case it slips the mind.

Kick to Pick for iPhone

Having trouble coming up with a name for your upcoming arrival? Well, you could let baby pick his own name while he’s still in the womb, odd as that seems. Parents can create a list of their favorite names, lay the iPhone on mom’s bump and wait for baby to kick in its decision. If your little one doesn’t like his name one day, at least it wasn’t your decision!

Every mother and father believes his or her baby is the cutest kid on earth. And of course your friends agree. But could they be lying? If you care to divulge an answer that probably isn’t the truth, there’s Ugly Meter – Baby Edition, which scans a picture of that tyke and rates him or her a number 1 through 10 on the ugly scale. Now there’s a way to kill their self-esteem early on!

Pimp My Ultrasound for iPhone

Even though most parents think their bun in the oven is a miracle on its own, some might feel that cold, black-and-white ultrasound photo from the doc is missing a little something. Problem solved: The Pimp My Ultrasound app allows parents to add stickers to their baby’s ultrasound photo, like mohawks, sports helmets and – you guessed it – pimp cups.

Maybe the most debatable app on our list is the iGuardianTeen. Some parents might find it practical, while other might find it an overbearing invasion of privacy. When your kid starts driving, you want to be sure she’s following the rules. Well, now, even if you can’t ride in the car with her physically, you can track your teen’s every move via cell phone. Just sign up with an email address, and the phone will send mom and pop a report on speed, location, unsafe driving behaviors, phone usage and more. Oh – and it will continuously video record the kid, too.