Why is Daycare an Option for Lindsay Lohan's Community Service? 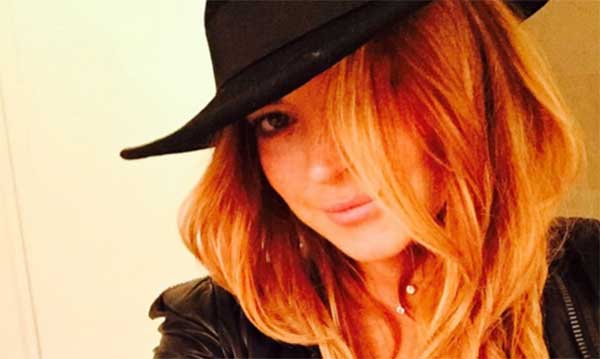 When you think about court-ordered community service, you might picture people wearing orange jumpsuits and picking up trash along the side of the road. Convicted criminals volunteering in your child’s daycare probably doesn’t come to mind, but apparently that’s an option too.

It turns out that Lindsay Lohan – the actress, model and singer perhaps most known in recent years for her stints in rehab and parole violations – will be fulfilling her court-ordered community service by working at the Duffield Children’s Center daycare in Brooklyn, TMZ reports.

Lohan, 28, seems to confirm that she’ll be starting her service soon with a recent post to Instagram about how she’s happy to be home that ends with “ready to help.”

According to the Associated Press, Lohan is on probation for reckless driving and lying to police after a car crash in 2012 and must work 125 hours of community service by May 28.

Community service is a sentencing option where the defendant performs unpaid work for the public’s benefit. Of course daycare is a benefit to the public, but so are public schools and summer camps and other places where you might not want convicted criminals working.

Besides, getting a job in a licensed daycare center usually involves background checks and fingerprints – things you might expect to prevent people with a criminal history from being there.

Staff at Duffield Children’s Center tell TMZ that Lohan will help with arts and crafts, reading and administrative work. She apparently worked there in the past and they are happy to have her back, according to TMZ.

Some obvious questions come to mind. Should Lohan’s history prevent her from serving in a daycare center? Should child care centers even be an option for court-ordered community service? Do the parents know about the arrangement? And knowing the already high turnover rate of daycare staff, is it even fair to the children to bring in such temporary workers?

As a parent, I would be leery of anyone spending time at a daycare center who isn’t there as a qualified, trained and permanent member of the staff. But I’m not a parent at that center, I don’t know Lohan and I won’t pretend to know what kind of autonomy she’ll have (or likely won’t have) while there.

Here are some less obvious questions to consider. What does it actually matter to us where Lohan performs her community service? If Lohan (who still has tons of loyal fans supporting her) is this closely scrutinized as she tries to rebuild her life, how hard must it be for people who have no support system?

This situation may not sit right with parents, but what sits less right with this parent is the fact that daycare centers must be so desperate for help that they’ve become like the littered parks and roadsides of our country – a job that no one else wants to do, a job that you literally have to court-order people into doing. Child care workers are notoriously underpaid, yet the government tells us how vital their work is because of the importance of early childhood education.

So Lindsay Lohan is working in daycare. Should we care? Possibly. Daycare is unaffordable to many parents across the country, child care workers don’t make a living wage, children are starting kindergarten without the preparation they need and the help our government sends is from ex-convicts in the form of court-ordered community service. Should we care? Absolutely.