A woman in Austria is taking legal action against her parents, who she claims have shared hundreds of her embarrassing baby photos on the social media site. 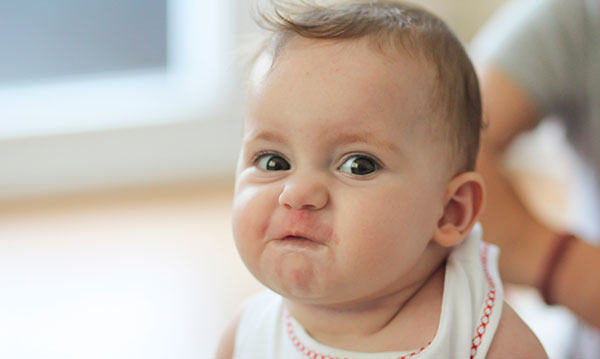 I think we all knew we’d hear a story like this at some point. It was bound to happen. A kid grows up and realizes her parents have plastered her embarrassing, personal childhood photos all over their Facebook page for their friends to “like” – and the child isn’t happy about it.

So much so, the child takes legal action against her parents. This is exactly what happened in Austria. An 18-year-old girl is suing her parents for sharing what she says is more than 500 of her baby and childhood photos with their hundreds of Facebook friends, Huffington Post reports – without her permission.

“They knew no shame and no limit, and didn’t care whether it was a picture of me sitting on the toilet or lying naked in my cot,” the daughter told the news, according to The Local. She continued: “Every stage was photographed and then made public … I’m tired of not being taken seriously by my parents.”

According to The Local’s report, her parents refused to take down the photos, which led to the lawsuit. The case will be heard in November, the outlet reports.

It will be interesting to hear the outcome of this case, especially since it could change the way parents think about posting every stage of their child’s life on Facebook before they’re old enough to give the OK.

Huffington Post commenter Brandon Wilson added his two cents, saying, “Going to have to agree with the daughter on this one. If she asked them to stop posting/take them down they should have. I wouldn’t want naked childhood pictures of myself plastered all over the internet …”

And it seems most commenters on this Huffington Post article agree. Because really, who would want photos like that floating around? And as a parent, if your child said they were uncomfortable with the photos being posted, why wouldn’t you take them down?

And maybe parents do need to chill on this type of sharing. According to a recent study we wrote about in our May 2016 issue, kids actually want the over-sharing without permission to stop.

“Kids as young as 6, 7 and 8 are asking their parents, ‘Are you going to put that on Facebook?'” Sarita Schoenebeck, an assistant professor with U-M’s information school and the study co-author, told Metro Parent. (You can read her tips on tackling this issue here.)

I understand that Facebook and other social media sites are a great way to share precious moments with family, especially if family doesn’t live nearby. But I personally think there’s a line. Sharing a photo of your infant or tot sleeping is different than a photo of them naked or potty training, just like posting about your child’s good grades differs from a post detailing how they were misbehaving in class.

Parents could maybe try Snapchat, where this stuff doesn’t live on forever and can be shared with a select few – or maybe just text the photo to a relative. If the relative doesn’t have the technology, there’s always good ol’ snail mail. It definitely would save some embarrassment – and a possible lawsuit – in the long run.

What are your thoughts on this lawsuit? Do you think it’s crossing the line? Is the girl in the wrong, or the parents?