Is Yoplait's new ad discouraging mommy wars a beautiful thing – or did they miss the mark? 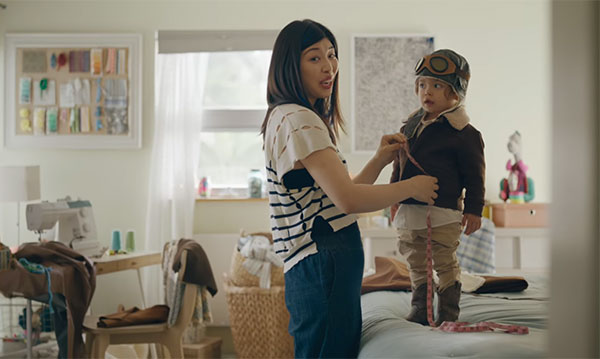 We loved Yoplait’s new ad that encourages moms to quit judging each other for their parenting decisions.

Well, we loved it right up until the end – when the brand seemed to contradict itself and judge moms for certain decisions
If you haven’t seen the ad, take a look.

To give credit where it’s due, the idea was solid. Mommy wars are obnoxious and hurtful and they don’t seem to be ending anytime soon. That’s despite plenty of we’re-in-this-together type ads and endless social media posts gone viral (like this one).

As a Yoplait press release about the new commercial mentions, 29 percent of moms adjust their parenting decisions in public because they worry others will judge them. As a mom, I can definitely relate.

“First rule of motherhood: Someone’s always judging,” a woman in the ad says. And it’s true. So this little PSA by the yogurt company was totally relevant. The commercial first shows a mom feeling judged as she nurses her baby in public (an always-needed nod to normalizing breast-feeding, since we know how ugly that mommy war can get). Then it shows moms in other situations where they’re often judged: for formula feeding, for being older, for drinking wine.

“Yeah, I bribe my kids. How else do you think things get done here?” one mom says. “Yoga pants? Big fan,” says another.

But then at the end, a mom says this: “Now if you think that’s shocking, check this out. Good old-fashioned Yoplait. It’s not made with cage-free, Norwegian hemp milk. And guess what? She loves it!”

That’s followed by some text on the screen that says “do what tastes right.”

But isn’t that a slam on moms who do buy hemp milk (especially teasingly calling it cage-free when it’s made of hemp seed) or who do worry about feeding their kids what they believe is best instead of what “tastes right”?

And as this Jezebel article points out, Yoplait meanwhile is apparently trying to rebrand itself to be more natural. But plenty of people are giving the company praise for the new ad.

“Love it! Not all moms are worried about gluten-free, vegan, soy-free, organic (mumbo) jumbo,” one mom wrote, in part, in response to the ad on YouTube. “Go you Yoplait for not trying to be so PC.”

Others say the brand missed the mark.

“Wow, so because I’m an ’empowered mother,’ I should feed my kids sugary crap with no health benefits?” another commenter wrote. “Thanks for the condescending commercial there, Yoplait. I’ll continue feeding my daughter organic, natural products.”

And others still say the ad is just plain pandering.

“Here’s an idea – how about just make better yogurt?” viewer Erin wrote in a YouTube comment. “I don’t need social commentary from General Mills. I don’t buy a product to ’empower’ me. That’s not power.”

So I guess the jury is out on this one? Interestingly, I never considered that Yoplait’s original yogurt was so unhealthy or the kind of choice that just “tastes right” despite the negatives. So I’m not sure this ad had its intended effect either way.

What do you think of the commercial? Tell us in the comments.