It's a well-known childhood issue – and carries a history of stigma. Luckily, our understanding of attention-deficit hyperactivity disorder has really grown up. Here's a closer local look at ADHD. 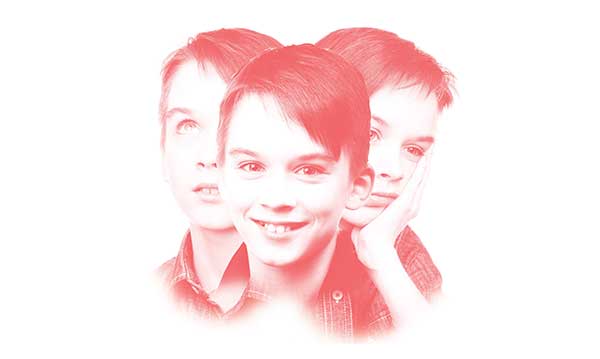 For Craig Rafail, paying attention in class was never easy. Now a guidance counselor at Dexter High School, Rafail grew up with attention deficit hyperactivity disorder – and never quite settled into the traditional classroom environment. It’s a problem kids with ADHD face daily.

“Growing up in the 1980s, teachers said I was allegedly lazy, disorganized, didn’t seem to care,” Rafail recalls. “I cared. I just felt dumb because nobody recognized I had a disorder back then. They didn’t know what to do with this kid.”

Thankfully, times have changed. ADHD awareness has increased dramatically in the medical community and schools. So has the data. The Centers for Disease Control and Prevention says 11 percent of kids ages 4-17 have ADHD. That 2011 stat is up from 7.8 percent in 2003. Boys are more than twice as likely to be diagnosed than girls, though awareness of ADHD in girls has also grown.

Each child is different, too. This can make diagnosis – which now often happens around ages 3-6 – difficult. Yet those numbers are rising, due in part to expanded national health care access. Here’s a closer look at ADHD and kids today.

ADHD has existed for quite some time, with patients being treated with stimulant medication as far back as the late 1930s. But the research has definitely evolved.

For starters, ADD – the term popular when Rafail was a kid – is now ADHD, with experts identifying three types. Kids can be mostly hyperactive/impulsive, mostly inattentive or a mix of both, the National Alliance on Mental Illness notes. The combination is most common. And ADHD often coexists with other issues.

ADHD also affects executive functions like working memory, time management and self-regulation. That’s due to brain-imaging techniques developed in the last 10 years, notes Children and Adults with Attention-Deficit/Hyperactivity Disorder (CHADD). These images have offered clues about the many interacting aspects of the ADHD brain, especially areas linked to executive functions.

ADHD is one of the most common childhood brain disorders. It continues through adolescence and adulthood and is characterized by a difficulty staying focused and paying attention, as well as hyperactivity.

“We think of it as a physiologically based condition,” says Dr. Melhim Restum, a psychologist with ADDapt Michigan in Sterling Heights. “Most of us in the field believe it is a genetic predisposition, passed down to a person through heredity – except in really rare cases where some things can happen during pregnancy or birth that cause physiological conditions that lead to the disorder.”

While our understanding of ADHD has improved, misconceptions linger. Laura Rolands, assistant coordinator for the Oakland County chapter of CHADD, says one that still pops up is that ADHD is somehow the fault of bad parenting.

“Parents can certainly learn new skills that can help them to help their child, but the idea that it is caused by any form of parenting is a myth,” says Rolands, who’s also a focus coach. “I do think that people who don’t understand ADHD think that parents can be at fault for kids’ behavior.”

Raising a child with ADHD presents many challenges. Restum says ADHD is “a biological condition, just like diabetes.” There’s only so much a parent can control.

“Depending on the degree of ADHD, it can render even the best parents powerless at times,” he says. In almost every kid I have ever worked with, you can see how (families) parent. The other kids do great, they do fine in school, etc. – and then they have this kid with ADHD, and they are floundering. The things that they have done to raise their other kids are just not working.”

Because ADHD affects kids on a neurobiological level and is caused by a blend of factors like genes, brain injury or environmental issues like exposure to lead, Rolands suggests parents instead focus on what they can control: encouraging better routines, rewarding task accomplishments and advocating in school.

“A big myth is that if a person ‘tries harder,’ everything will be OK,” Rolands adds. With ADHD, the issue is not with being able to focus. It is something different. It is has more to do with the efficiency of attention.

It’s also important to recognize that not all over-active children have ADHD.

“Attention issues could also be caused by distractions from the home; it could be distractions based on a kid’s maturity level,” Rafail says. “Boys from younger grades, I often hear, ‘What is wrong with them’? Well, they’re boys. They cannot sit at that desk all day. That isn’t attention deficit. It’s just an active kid.”

Kids who have ADHD are often perceived as being different. This is not so much a myth as it is a truth. And it can lead to misunderstandings in the classroom and when kids play. Parent should be aware of how their child interacts.

“I was running social skills groups for kids with ADHD,” Restum says. “One of the things I told parents was that, in a social sense, (kids) have problems socially because they cannot pay attention and concentrate. If they could, they would do much better socially with other kids. They are not sending signals – friendship signals – because they are not paying attention or asking questions. They hyperfocus on their own interests.”

Dispelling false messages and better understanding a child’s struggles – academically and socially – is a critical step in the process of treating ADHD.

Medication is often the cornerstone of ADHD treatment regimens. Stimulants like methylphenidate – aka Ritalin – frequently help regulate it. Preschoolers can be more sensitive to its side effects, the National Institutes of Mental Health notes, and some may experience slower than average growth rates. Very young children should be closely monitored.

There’s stigma here, too. Parents are often hesitant to turn to drugs. This is problematic, experts say, as prescription drugs are often a crucial first step in managing ADHD.

“It almost always works better in combination with behavioral approaches,” Restum says, “because most children have organizational skills or habits that still need to be acquired in order to be good students. It is much easier to teach those habits, however, when somebody is on medication.”

The second step is developing strategies. These could be study habits, establishing daily routines or creating itemized lists to stay on track. Rolands says because of the short-term memory problems children and teens often face, breaking down tasks, like listing two or three specific things to do, can be helpful.

Cases of ADHD, however, are never exactly the same.

“It is always such an individual situation,” Rolands says. “Sitting down and setting goals, establishing a plan for better time-management is key.”

In her experience as a coach and with CHADD, she’s had success with visuals, such as a planner. “I worked with a student and helped her set up a calendar. Having a visual aid helped her stay on track to reaching her goals.”

Technology can help too. Smartphone apps like iStudiez let students keep track of homework assignments – a big challenge. “It can also be helpful to take a picture of assignments that are written on the board,” Rolands says. Or try Quizlet, an online learning tool that lets kids make their own flashcards or use provided ones.

Video games, TV and similar computer programs are even being harnessed to help with ADHD, through a newer process called neurofeedback. The idea, the National Resource Center on ADHD says, is increasing arousal levels in the frontal regions of the brain. This boosts attention, the thinking goes, and decreases hyperactivity.

The real testing ground for ADHD success lies in the classroom. Schools have implemented programs to better help students struggling to cope with the disorder.

Kristie Doyle, another Dexter High School counselor, says the “504” federal law can assist K-12 students with a range of disabilities get accommodations they need, from additional time to work on exams to occupational therapy. Individualized education plans, or IEPs, for special education are also a giant aid.

Most important, though, is how counselors, teachers and parents communicate.

“Counselors work as a team with teachers and parents to come up with strategies that are often helpful to students,” Doyle says, “allowing them to overcome hurdles and obstacles they may be facing in the classroom.”

This method generally comes into play in middle and high school, as students face increasingly difficult challenges and expectations to become more independent.

Once teachers recognize students have ADHD symptoms, Doyle adds, they work with the student and counselors to improve education. Typically, she examines how a student performs in various classes. A teen may excel in one course but not another. The next step is figuring out what strategies or techniques can help.

“I would then provide that information to the parent and the other teacher to say, ‘This seems to really be working,'” Doyle says, “and then encourage parents to have open communication with teachers about what may also be working at home.”

It’s important to note every student learns differently and there is no one fool-proof method to help those with ADHD better learn and concentrate.

Coping with ADHD can be complicated for kids and parents. If it’s addressed properly, the outcomes are remarkably positive. But treatment must be sought.

Parents should be aware of their child’s needs. Take an active role. Ask questions not only of pros like psychologists and school counselors – but also of your kids.

That was key for Craig Rafail, who’s now 46.

Despite having ADHD in a tougher era, he adapted thanks to his support network.

“It was the example of the adults around me. Even though I don’t think they ever got it – my parents and their friends,” Rafail says. “I grew up around people (for whom) the value of educating and working with kids is paramount.

Rafail struggled in school. But he made it out. Today, he has a wife and three teenage kids. He loves hiking, fishing and the outdoors. And he counsels kids who are experiencing what he went through as a child. He’s now a voice for them.

“Something kicked in. So much of it is chemistry and maturity, but also recognizing what works for me,” he says. “That happened in high school. I had to find my way. I can sit down with kids now and say, ‘Here is what I used. Here is what worked for me.'”

ADHD is a disorder, but it does not have to be disabling. Those who have ADHD and get treatment can find success.

“I celebrate it. I laugh at it. It’s the only way to have it. You have this higher energy level than everybody else,” Rafail says. “They’re saying, ‘You’re crazy.’ I know! I love this right now. It’s not that bad of a thing.”

Find something funky to see this year at these weird roadside attractions in Michigan.
Read more
Attractions