Diet and Kids with Special Needs 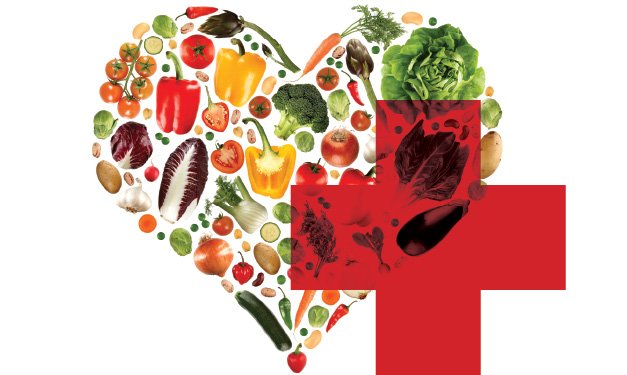 With no major study indicating a clear pattern, the mainstream medical community is on the fence. But there are case-by-case examples of profound improvements for some who’ve tried a food fix. Here’s a closer look at three approaches.

This diet is touted as a way to recover from chronic conditions including autism, ADHD, digestive disorders, Crohn’s disease, allergies and more.

The premise is that there’s an important “balance” between the microbes that live in the body’s digestive system, notes Cheryl Steinberg, an Oakland County wellness consultant and SCD startup specialist. She also teaches a family-oriented SCD class at The Birmingham Community House.

“The key to healing the gut properly is to restore a healthy bacteria/yeast balance,” she says. In SCD, processed foods are not permitted in any form. The diet consists mostly of protein from beans, eggs, fish and fresh meats, a large variety of fresh (not canned) fruits and vegetables and natural honey.

Sugars, cooking oil, starches and corn syrup are common additives not allowed. Wheat, pasta and breakfast cereals should be avoided, plus most commercial dairy products. Coconut milk and special flours from ground nuts are allowed, and can be used to make baked goods.

It’s still unknown if a change in diet will be embraced as primary means for combating special needs issues. But there are outspoken proponents like actress Jenny McCarthy, whose son Evan’s autistic symptoms were alleviated by an SCD-like diet and vitamin regime.

Locally, Mark Kroll, an automotive engineer in Oakland County, has used SCD for his 5-year-old son, Hayden, who has ASD symptoms. The symptoms have faded – “He is now the most affectionate kid,” Kroll says –though Hayden is not yet completely healed.

Kroll admits SCD is not always easy to follow. “Hayden was a magnet to foods not allowed,” he says. “We had to overcome the taste for sugars.” Also, sources of sugars that may not be suspected, like toothpaste, have to be eliminated, Kroll says, with non-sugar variations substituted.

In the 1970s, Dr. Benjamin Feingold developed a diet based on the theory that chemicals and dyes found in many foods cause ADHD. Since then, the Feingold diet has been touted by supporters as a way to decrease ADHD symptoms, most of which occur before age 7.

Critics say the diet teaches kids their actions and school performance are related to what they eat instead of their efforts at change.

Some believe sugar may worsen ADHD symptoms. Study results are confusing. Most current research indicates only a small percentage of ADHD kids respond to a sugar- and additive-free diet. In a 2005 study for the California-based Bamford-Lahey Children’s Foundation, researchers concluded it’s worth recommending.

Gretchen Cane of Fraser is glad she took that advice for her son. Diagnosed with ADHD at age 5, Tyler was “out of control,” says Cane. When Cane told her son’s doctor that she wanted to try a natural approach to treating Tyler’s ADHD, he suggested the Feingold diet.

“He was very skeptical about it, and basically told me I was probably wasting my time,” she says. “It took a while to see the effects. But we stuck with it. Over time, little by little, it transformed him.”

Used regularly since around 1920 to treat those with seizures, a ketogenic diet is high in fat and protein and contains very little carbohydrates. It forces the body to use fats as a primary fuel source, rather than sugars (glucose) from carbs. Ketones are a byproduct of fat metabolism (fat burning).

Children’s Hospital of Michigan uses the diet – and others that are not as restrictive, like a modified Atkin’s diet and a low-glycemic index diet – to manage seizures.

A ketogenic diet may not be for everyone. Depriving the body of carbs can cause strain, especially liver and kidney function. Fluids are also restricted. Many feel very tired during the first few weeks. Other side effects can include kidney stones, heart enlargement and blood abnormalities.

The Epilepsy Foundation notes the diet is most effective for myoclonic seizures. About one-third of children who can maintain the diet become seizure-free. The reasons are unknown.

The diet must be followed under careful supervision. “Our program does hospitalize children for 2 or 3 days initially,” says Rebecca Sparks, a registered dietician with Children’s. Food intake and lab work is monitored, and potential side effects are closely watched during this time.

Parents considering any diet to treat their child must keep any risk as low as possible – and discuss any plans with their healthcare provider.

Planning your family fun for the month? Metro Parent has you covered with the best upcoming events in Macomb, Oakland, Wayne and Washtenaw counties.
Read more
Things to Do