Down Syndrome: Facts vs. Fiction 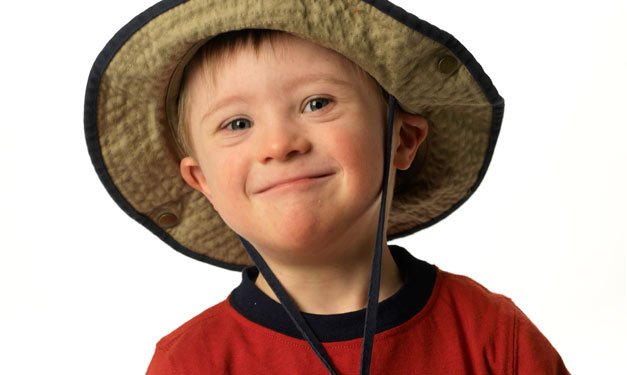 In March, the Down syndrome community invites parents and children to recognize World Down Syndrome Day on March 21, 2021, by wearing mis-matched socks and donning your blue and gold, which are the Down syndrome awareness colors.

And all year long, organizations like the Down Syndrome Guild of Southeast Michigan actively promote understanding and fund research through annual efforts like the SUDS Walk.

Still, there are many misconceptions. Here, we take a closer look at this condition, common misconceptions and Down syndrome facts.

Down syndrome is named for the English physician John Langdon Down, who noted distinctive physical features: a small head, flat face, upward slanted eyes, a single deep crease across the palm of hand, and short fingers.

In the 1950s, it was discovered that the syndrome was caused by an extra 21st chromosome. Typically, there are 23 pairs of chromosomes in the human body, for a total of 46.

“Down Syndrome Awareness Month (and day) provides a forum for dispelling stereotypes, providing accurate information, and raising awareness of the potential of individuals with Down syndrome,” says Jon Colman, the former National Down Syndrome Society’s (NDSS) chief operating officer.

According to the National Association for Down Syndrome, about 1 out of every 800 babies is born with Down syndrome. Many of these children have health concerns beyond usual childhood illnesses; heart problems occur in about 40 percent.

Kids with Down syndrome also have a higher incidence of infection, respiratory, vision and hearing problems, as well as thyroid and other medical conditions.

With appropriate medical care, however, most children and adults with Down syndrome can lead healthy lives.

Other perceptions of Down syndrome do not fit with reality.

Perception: It’s the mother’s fault when a child is born with Down syndrome.
Reality: Down syndrome is usually caused by an error in cell division that occurs at the time of conception. It is unknown why this occurs. However, it is known that the error is not related to anything the mother did during pregnancy.

Educators and researchers are still discovering the full educational potential of people with Down syndrome. Early intervention during the preschool years can mean the best progress possible.

Kids with Down syndrome should not be compared in their development with other children. Most will learn to walk, speak, think, and solve problems in their own time.

Perception: Word choice does not matter when speaking about people with different abilities.
Reality: It is very important to use correct terminology. “People with Down syndrome, like everyone else, are people first, each with their own unique gifts to contribute to their families, friends and communities,” says Colman.

Person-first language requires that you place the disease last. According to NDSS guidelines, instead of saying “a Down syndrome child,” say, “a child with Down syndrome.” Also avoid saying “Down’s child,” or describing the condition as “Down’s,” as in, “He has Down’s.”

Perception: All persons with Down syndrome are “such loving people.”
Reality: Kadi Coe of Macomb County — mom to Ayla, a child with Down syndrome who was 3 years old at the time of publication — notes that, like all kids, “every personality is different.”

She says children with Down syndrome become angry and cry like any other child. She also confides with a laugh that parents often post pictures taken of their crying or angry child on Down syndrome support websites, accompanied by captions reading, “But, they’re such a loving person.”

The most important advice Coe has for parents is this: “It’s not the end of the world, not by any means. She brings me so much joy, I can’t imagine my life without her,” Coe says. “I wouldn’t change a thing.”