Read our chat with the autism advocate and founder of The Miracle Project. She will be one of the keynote speakers at Metro Parent's Living with Autism Workshop in April. 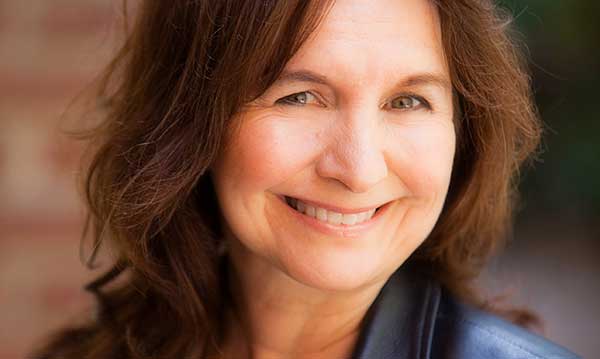 Elaine Hall thought she’d be a professional dancer. But her life took many twists and turns after adopting her son, Neal, from Russia when he was 2 years old. Suddenly, Hall was thrust into a life that revolved around caring for an autistic child and learning everything she could to help him succeed.

She went on to write several books, including her latest, Seven Keys to Unlock Autism: Creating Miracles in the Classroom, which helps mainstream teachers integrate autistic children into their classrooms. The book is being used in university classrooms around the country and will be the basis of her presentation at the Metro Parent Living with Autism Workshop on April 24 at the Detroit Marriott Troy, along with Liane Holliday Willey. Also, during the autism conference, you’ll get the chance to hear from mom Milford mom Kelly Miltimore who was also featured in our April edition of Metro Parent, discussing her family’s journey and her son’s autism diagnosis.

Her background in the arts – including a stint as a child acting coach – also prompted her to create The Miracle Project, which helps children with autism find their voice. The acclaimed program was the subject of the Emmy award-winning HBO documentary, Autism: The Musical.

When you adopted your son, did you have any inkling that he might have special needs?

I was told that many kids who grow up in an institution have some challenges. I just thought that those challenges were going to go away. I thought, “What he needs was a lot of love and healthy lifestyle changes,” and eventually he’d catch up to his peers.

You’ve mentioned that you explored traditional therapies for Neal, but they didn’t work. What did work?

We were trying typical therapies. There were some that were trying to use things like M&M’S as rewards. Those types of techniques work with many kids, just not my son. What worked was filling the places and things he was lacking. He was lacking relationships. We had to make the relationships the most important thing and let him have a choice. These relationship-based therapies were not popular at the time. I have to employ my creative friends. I had to use my acting, singing, dancing and filmmaking friends to work 10-hour days, seven days a week to help me work these therapies on my son.

Why were the creative friends important?

I was called a loony tune and crazy by therapists. Artists, creative people – they don’t just think outside the box; they don’t even know there is a box. Kids with autism are like that too. My creative friends were accepting and they were willing to try things. It wasn’t just artists, but also a creative special education specialist who wanted to learn more about the different therapies for children with autism.

How do you feel your previous career experience ultimately prepared you to serve these children and their families?

As a child acting coach, one of the things I learned was to speak to the child at that child’s highest level of intelligence. Those same types of tools are what I use when it comes to autism and speaking to the child in a way they can understand. Children with autism process the world differently than neurotypical siblings and peers. My background gave me an immediate understanding of children with autism. Then, I learned from the best. I traveled around the country learning from the best autism experts. Every time I would come back, I would train my team and work with my son.

Your speaking topic at the Living with Autism Workshop is ‘Making Miracles in the Classroom.’ What will you address when you come to Detroit?

I will be addressing how a teacher must set their own intentions on how they want to show up in the classroom. I will talk about finding the ability in each student’s disability and really tuning in to that child and see what they do well. I will talk about understanding the sensory profile. I will teach about rallying support within the community, mainstreaming, reverse mainstreaming, support for every school teacher and also about self-care, which is important so the teachers do not burn out.
I will discuss IEPs, dealing with parents and being able to see both sides of the situation so that rather than being adversarial, the relationship becomes one of teamwork and collaboration. I will also show videos about how teachers are doing these things well. I will close with celebrating – celebrating every mark, the peaks and the valleys.

Summer rite of passage or a scary proposition? For many parents, including this local mom, it's a toss up. Read on for the pros, cons and many perspectives.
Read more
You

Parents in need of pampering are in luck, as there’s a relaxing and revitalizing spa offering just around the corner.
Read more
Travel