The Friendship Club Autism Social gives teens and young adults on the spectrum a chance to socialize in a safe place. Find out more here. 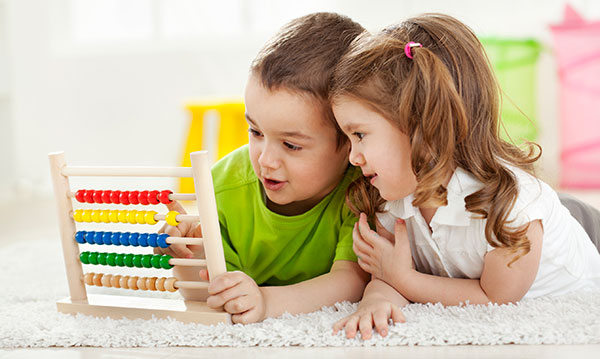 For 14 years, John Madden has run a social club for those with autism and Asperger’s syndrome. Based in Oakland County, the group offers a place for teens and adults to socialize, play video games, dance and be with their peers. A new club has started in Macomb County modeled after Madden’s group. At the first event in October, the group had more than 100 teens and adults on the spectrum along with the parents or caregivers. Groups such as these fill a need for teens with high-functioning autism and young adults or those with Asperger’s syndrome to have a safe place to go to socialize and be themselves.

“The teens and young adults who come here are permitted to do what they want to do and eat what they want to eat. This is an opportunity for them to be themselves,” says Madden, adding that a lot of other groups and activities for those with autism and Asperger’s are very structured.

The Oakland County gathering, also called the Friendship Club Autism Social, came as the result of Madden looking for some place for his son who has autism to meet people and hang out with friends.

“I was attending a support group for parents of highly-functioning autistic and Asperger’s kids. I met Lecia Brunetti and we thought the teens and young adults needed a social outlet. I was already running a teen social program at my church that my son liked to attend so we decided to build from that,” says Madden.

Brunetti says those on the spectrum often have difficult with social skills, which makes it difficult for them to make friends. The Friendship Club gives them a place to be with their peers and not teased or isolated because they might be different.

The first meeting drew 20 families. After a few years, there were regularly 60 teens and young adults attending with their caregivers.

There are video games, movies, pingpong tables, the gymnasium for basketball and other activities, floor hockey, a talent show and a DJ for dancing. The Oakland County events are held about eight times per year at St. Anastasia Roman Catholic Church in Troy.

“We don’t have facilitators. This is not a social skills education or therapy event,” Madden says. He added, however, that the volunteers that run the event are not responsible for the attendees. If participants need a parent or caregiver to bring them, that person is encouraged to stay. “There is plenty of room for the parents and caregivers to stay and mingle, read a book or play a board game.”

With more than 104 events behind them, Madden and Brunetti were invited to the Burger School for Students with Autism in Garden City to share information about their social events to others who work with teens and young adults on the spectrum. That’s where Stacey Moldenhauer learned about the set up and decided to start one on the east side. The group meets at Trinity Lutheran Church in Clinton Township.

“We are glad others want to start an event like ours. We draw participants from all around the area, as far away as Ann Arbor. That’s difficult for a lot of people to drive that far particularly in bad weather,” says Madden.

Working with Sandy Dobner, Moldenhauer wanted to set up a social environment like that in Oakland County. The group offers many of the same activities.

Both of the groups charge a $5 fee for attendees. This covers the pizza, snacks and beverages – and helps toward replacing equipment or games that needs to be updated. Each group is also granted space by the churches where they meet.

“We couldn’t do this without our parish. St. Anastasia provides us with the space to do this and even the room to store our equipment,” says Madden.

Madden’s group also receives additional funding from the Autism Society of Oakland County for audio/visual equipment, storage cabinets at the church and the cost of the DJ service used at each event.