A Macomb Township infant is in need of a bone marrow donation to save his life. Now, his parents are encouraging people ages 18-44 to register for the Be the Match donor registry. 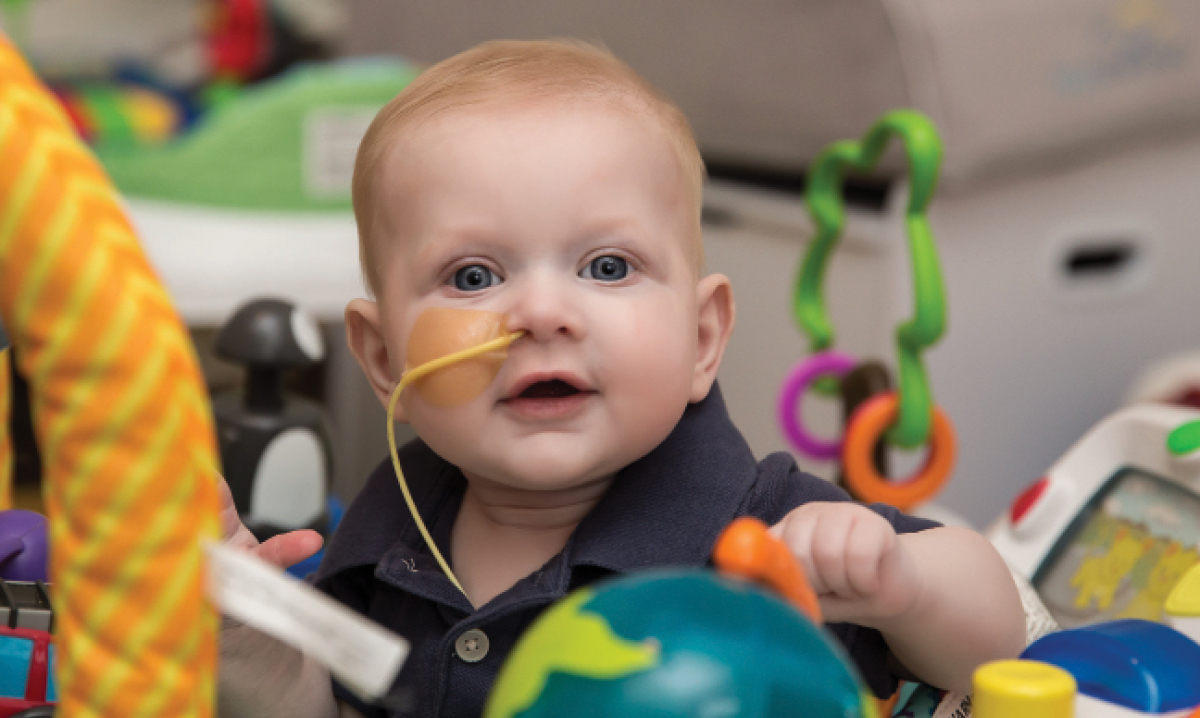 An 8-month-old from Macomb Township has a very rare disease – and his family is on a quest to get their little boy a new immune system.

Just five hours after he was born, Elias Argirokastritis broke out in a rash. His parents, Evelyn and Antonio, were told he was likely allergic to his hospital linens. But things got worse, with head-to-toe rashes, fevers and trouble with feedings. Finally, he was admitted to the U-M C.S. Mott Children’s Hospital in Ann Arbor. Doctors found a fungus on Elias’ lungs, an abnormally high white blood cell count and six viruses and bacterial infections. By 6 months, the diagnosis was official: NEMO – or nuclear factor-kappa B essential modulator deficiency syndrome.

“Technically he is a like a bubble boy,” Evelyn says. “He should not have survived outside the womb.”

But he did, and he’s in a fight for his life. Elias is susceptible to blood infections, so even a common cold could be lethal. The solution? A bone marrow transplant.

“I could give him an organ, but I can’t give him bone marrow,” she says. “I cannot give him this gift to let him live a healthy life.”

His parents have hosted local drives and are urging others ages 18-44 to sign up for the Be the Match bone marrow donor registry. To help, visit join.bethematch.org/babyelias.

Try these things to do with your kids in Macomb county while they’re out of school for mid-winter break.
Read more
Advice