Girls with Asperger's Syndrome are being woefully under-identified and under-served by the system. Metro Parent looks into the roots of this diagnostic discrepancy. 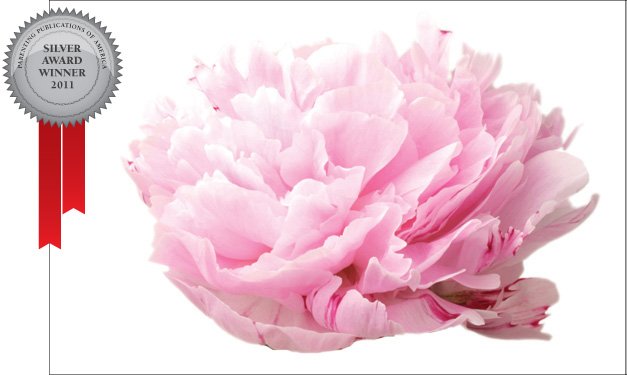 Kollette Buczek of St. Clair Shores knew something was wrong with her daughter Jadyn when she was just 3. Jadyn had sensory issues at home that made her panic and scream at loud noises. Socially she was struggling, too.

“It was pretty hard in preschool,” Buczek says now. “She would be into other kids’ space and squeeze them. She would think she was being nice, but she was almost choking the other child.”

When a psychologist finally diagnosed Jadyn with Asperger’s syndrome (AS) last year, Buczek didn’t respond with shock or denial. She was relieved.

“I think knowing is really the key, because you can get help, and you know why this is happening,” Buczek says. “Some people may have gotten that diagnosis and been really upset, but for me I knew something was not right – and I just wanted someone to tell me, please, what it was, so that I could try and help her.

“I just wanted to help her.”

To many families stuck for years in diagnostic limbo, the Buczeks were lucky. The best chance a child diagnosed anywhere along the autism spectrum has at achieving a more successful, independent outcome is early intervention. Asperger’s syndrome, sometimes termed “high-functioning autism,” is no exception. But as a fairly new disorder, AS has only been diagnosed in the United States since the early 1990s. It is sometimes missed by educators, doctors and therapists.

For girls, the difficulty is intensified because many professionals and parents don’t seem to readily consider an Asperger’s diagnosis for girls. Why girls are being under-identified is the subject of ongoing research. But whatever the reason, experts say that girls – and boys – who go into their teens undiagnosed are at greater risk of suffering painful social isolation and debilitating emotional problems.

According to the 2009 article “Asperger Syndrome” by Marc R. Woodbury-Smith and Fred R. Volkmar (in Child Psychology and Mental Health), Asperger’s is an autism spectrum disorder, or ASD. People with Asperger’s syndrome have difficulties with nonverbal communication and social interaction, though children with AS do not usually lag behind their peers in language and cognitive development. Here are some other common signs of AS:

Woodbury-Smith and Volkmar write that AS differs from severe ASDs because “People with AS are typically motivated to interact with others, but find themselves socially isolated because of their odd communication style, which is often overly formal and may take the form of an in-depth monologue about a topic of special interest, regardless of whether their (conversation partner) is interested or not.”

“Most Asperger’s children have social/emotional problems, and they tend to be very anxious,” she says. “They tend to have obsessions that look very much like OCD and/or obsessions, where they know extraordinary information about a very minor subject.”

People with milder cases of AS may never be diagnosed, yet lead very successful lives. Others may be plagued with an inability to understand simple social situations and nuances and then fail, repeatedly, to build relationships with others.

Statistically, about 10 boys are diagnosed with AS for every one girl (a 10-to-1 ratio). However, many leading experts in the field believe the ratio is much closer – as close as 2 1/2 boys per girl.

In his 2008 article “The Gender Gap in Asperger Syndrome: Where Are the Girls?” Lee A. Wilkinson, Ph.D. writes, “Although there has been a dramatic increase in the recognition of autism spectrum disorders over the past decade, a significant gender gap has emerged in the diagnosis of milder forms, such as high-functioning autism and Asperger’s syndrome.

“Statistics indicate that while boys are being referred and identified in greater numbers, this is not the case for girls. Girls are also diagnosed at later ages compared to boys.”

The simplest explanation may be that the squeakier wheel gets the grease. Dr. Wilkinson notes that AS boys typically act more inappropriately with their peers, getting earlier notice from parents and educators, leading to earlier referrals for assessment.

Dr. Schwartz doesn’t believe boys and girls with AS present differently, but acknowledges, “The girls tend not to be as angry. I think that our schools tend to corner in on boys – we catch the ADD earlier, too. Girls tend to behave better. If the girl fits in and is well-behaved, they don’t care,” she says.

Dr. Wilkinson also points out a gender bias that relies on the “male model” of diagnostic criteria for AS. Many lists of symptoms that might be available to parents and educators continue to state that children with AS may have an obsession with trains and dinosaurs, leaving out that AS girls are different.

“They do have different obsessions,” says Dr. Schwartz. “I saw a girl and she taught me all about Japanese anime, and she was only 7 or 8.”

Psychologist Richard Howlin, Ph.D., of Chelsea has worked with many AS girls since the mid-1990s. “Girls with AS are usually diagnosed later,” he says. “This does not, however, imply that they face fewer challenges. It has been my experience that the social challenges of girls with AS can be particularly severe.

“Peer acceptance is far less easily achieved and bullying is common. I have found that girls with AS are more likely to have co-morbid problems, such as depression and anxiety. These issues can, understandably, mask the Asperger’s traits, but both areas have to be treated.”

Colleen Lewinski of Royal Oak recognized her daughter Elizabeth was having socialization issues very early on. She then rode a diagnostic roller coaster for eight years, through three different school districts, before getting the answer.

Lewinski first noticed Elizabeth didn’t interact well with other kids in preschool. She asked the teacher if she should be concerned, and the teacher said “no.” By kindergarten, Elizabeth was becoming intolerant to change.

“She had to have her routines. If she thought I was picking her up and my husband picked her up, she would be furious and wouldn’t speak for two hours,” Lewinski says. Then there were sensory issues. “She would shut down during certain activities, like writing,” she says. “She just refused to write, which I’ve since learned is a sensory thing.”

A frustrated third-grade teacher wondered if the girl’s behavior could be something deeper than mere stubbornness and prompted Lewinski to formally request an evaluation. The result was another brick wall, however. The special education department decided her daughter was fine.

In fourth grade, Elizabeth began hiding from her teacher. Lewinski says the school district, while concerned, dragged its feet in testing her. This time Lewinski was armed with her own research and requested the district look specifically for Asperger’s. “I thought that she met almost all of the criteria,” Lewinski says. “I just heard, ‘We don’t see that.'” Instead, the district labeled her “emotionally impaired.”

When Elizabeth was 12 and suffering through middle school, Lewinski had had enough. She took Elizabeth to the Judson Center’s Autism Connection Center and paid for the evaluation herself. The center confirmed what Lewinski had believed for years – Elizabeth had Asperger’s.

The diagnosis was a relief for the whole family, though they realized important time had been lost. “Elizabeth really was done a disservice,” she says. Lewinski now tells parents not to wait for the system to work and to get a private evaluation as early as possible, even if it costs more.

Kollette Buczek agrees. Her daughter’s school conceded Jadyn needed occupational therapy, but moved very slowly to provide the AS diagnosis needed to get it. Buczek took her daughter to a psychologist outside of the school system.

“When we had our own psychologist do an evaluation, then the school started moving and now we have the services we need,” she says.

While the diagnosis can answer parents’ biggest question, it often raises many more, such as how to move forward on treatment.

“The thing about Asperger’s is there’s not just one way to handle it,” says Dr. Schwartz. “It depends on which of the symptoms are the most prevalent.”

For example, she explains that a child with OCD may need to learn some of the cognitive behavioral techniques for OCD. A child struggling with sensory issues may need an occupational therapist to deal with holding a pencil and getting assignments done. ADD medicine may help someone who appears to be inattentive. When social problems are most troublesome, the child may benefit from a social skills group.

In his Chelsea clinic, Dr. Howlin ran what he called Therapeutic Social Groups. “In general, girls in the spectrum feel overwhelmed with social interactions, friendships and dating,” he says. “They need consistent and structured support from early on. I have developed a small group format for this purpose.”

Dr. Howlin recommends AS girls continue with such groups as they mature. Tapping into Asperger’s support groups for parents can also help in the process.

“The key is that these groups are ongoing, ideally being maintained from year to year as students explore the changing world of relationships.”

At 12, Elizabeth was working on her social interactions, and attended discussion groups at the Judson Center in Royal Oak with other AS girls. “They (had) a group called Let’s Talk About It, where girls learn to talk about how to handle different social situations,” Lewinski says.

Her diagnosis also helped Elizabeth get more school accommodations. She sometimes gets overwhelmed at school and needs to leave the classroom. Before, the school fought letting her go. Now they work with the mother and daughter to figure out what is best for Elizabeth.

Colleen Lewinski says her daughter is doing much better since her diagnosis. “It’s been liberating for her because there’s a name for it; she’s not just a weird kid,” Lewinski says. “I’ve heard her tell people, ‘I have Asperger’s.’ She’s not ashamed of it or proud of it, she’s just saying what it is.

“She is maturing and we are learning to communicate with her better.”

Kollette Buczek’s daughter Jadyn, 5 at the time of her mom’s interview with Metro Parent, is progressing well with occupational therapy and receiving accommodations at school. Buczek urges parents to follow their gut and not let others convince them to put off testing.

“What bothers me the most about Asperger’s or autism is that a lot of parents want to get help for their child. They know something’s wrong, and they go to their pediatrician and the doctor says, ‘Wait. Wait for another year and see how things go.’ And that’s the worst possible thing you can say to them, because early therapy can help so much,” Buczek says.

“Parents know. You know yourself when something is not right.”