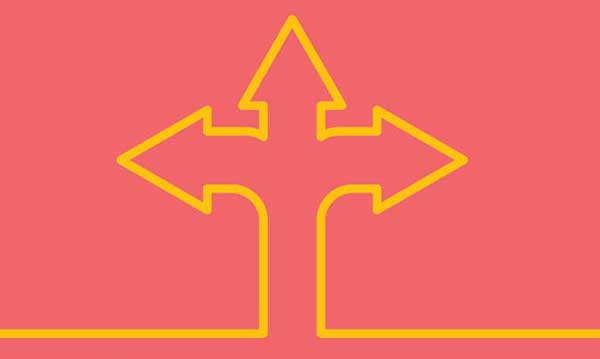 Clawson mom Tina Meluso easily rattles off a list of more than a dozen therapies and treatments she’s used to help her daughter Lily, who has autism.

Beyond the most widely used therapies – speech (to improve language and social skills), occupational (to help with sensory regulation, among other things) physical (to help with coordination and motor skills) and Applied Behavior Analysis (to decrease problematic behaviors) – parents of children with special needs are hardly lacking in options for treatments and therapies.

Because there are so many interventions, Meluso’s laundry list is not uncommon, leaving parents limited not by choices but by time and money.

“Because autism is so complex, there are so many different options. Just because something works for someone else’s kid doesn’t mean it’s going to work for mine,” says Meluso. “That’s why I continue to try different things. Eventually something will work for her.”

Dr. Lisa Klein, a pediatrician at Child Health Associates in Troy and Farmington Hills, encourages parents to supplement traditional therapies like speech, OT and PT with safe alternatives, such as music or art therapy. She cautions parents against trying some of the alternative ones because many are not supported by valid research, are expensive or can have potentially dangerous side effects.

“As parents of kids with special needs, we will do anything for our kids – and if we’re not careful, we could be taken for a ride,” says Joyce Kreger, an Oak Park mom to Michael, a 12-year-old with Fragile X synrome. “One of the best things you can do is network with other moms and see what has worked for them. That’s how we figure it out. We are swimming in uncharted waters.”

Kreger passes her time in therapy waiting rooms talking with other moms about the various therapies that have worked for them. Like Meluso, she acknowledges that what works for one child may not work for another.

“I take everything with a grain of salt and then sift through the information,” she says. “As long as it’s not dangerous, I’m willing to try it, and I’ve had some real successes with this strategy.”

While a comprehensive list of treatments and therapies could fill an entire edition of Metro Parent, following is a brief description of some of the more commonly used options beyond speech, OT, PT or ABA.

“Animals don’t judge people. That’s one of the many reasons they are a great therapy tool for individuals with special needs,” says Beth Pellerito, executive director of O.A.T.S., a nonprofit organization in Clarkston providing equine-assisted therapy to kids and adults with physical and emotional disabilities. It’s also one of the reasons why animals, particularly horses, are so popular.

Because the movement of a horse mimics our natural gait, riding one leads to a movement response in our pelvis that is similar to the way we walk, says Pellerito. Therapeutic riding helps riders gain confidence and improve strength, coordination and balance.

As the name suggests, brain balancing works to balance the left and right hemisphere of the brain through sensory input and cognitive activities, according to Amy and Frank Firek, owners of the Brain Balance Center of Birmingham. While this, in conjunction with a nutritional program, is most commonly used for children with attention and focus difficulties and academic struggles, the Fireks say they have also have had success helping children with autism and behavioral problems.

To explain craniosacral, occupational therapist Magda Girao says to imagine sitting on the beach and watching the waves. “You will notice the ebb and flow to be consistent and smooth. In general that is how our craniosacral system flows,” says Girao, the clinical director of Kids in Motion, a pediatric therapy center in Highland. “Now imagine a storm on the beach and how the waves slam with ferocity on the surface. When the craniosacral system is influenced by sensory deregulation it shows that kind of ferocity, resulting in a child’s inability to think of ways to motor plan actions. When a child is unable to think, frustration emerges and (negative) behaviors result.”

According to Girao, craniosacral is a non-invasive approach that uses a very specific amount of pressure to release restrictions of tissue, enhancing the body’s ability to self-correct things affecting a child’s system, thereby calming the child’s internal waves.

Although there are a handful of special diets, including GAPS and Feingold, a GFCF diet is most popular, especially in the autism community.

“It’s one of the first things a lot of people do when they get an autism diagnosis, because it’s easy. It’s noninvasive and it helps parents feel like they are proactive during a time that feels a little out of control,” says Dani Gillman of West Bloomfield, whose daughter Brodie, 10, had been following a GFCF diet for six years.

A GFCF diet involves the elimination of gluten (found most commonly in wheat, oats and barley) and casein (found in milk and dairy products). Those who follow a GFCF diet do so based on the theory that some behaviors exhibited by children with autism are caused by digestive problems, and gluten and casein are hardest to digest.

Gillman says once on the diet, they had success in dealing with some of Brodie’s gastrointestinal issues, and that her behavior was tied to her GI health. Only recently have they started to reintroduce some of these foods to see if she can better tolerate them.

Lately Facebook seems to be flooded with moms (and others) selling essential oils to help increase focus, promote sleep and decrease anxiety.

Jacqueline Paquette of Lake Orion is one of those moms. She sells Young Living Essential Oils and uses a number of the products in her home. She especially loves the benefits she sees from using peppermint oil for her daughter Evaline, who has Down syndrome.

“Constipation is very common in those with Down’s,” says Paquette. “Evaline has been using peppermint for two years and no longer has trouble. It’s a much better alternative to MiraLAX, which is full of chemicals and has a taste and texture that Evaline doesn’t like.”

Essential oils are extracted from a specific plant and considered “essential” because they contain the scent of the plant from which it came. While these oils have been used safely for medicinal purposes for hundreds of years, there is currently no known government research, says Paquette.

Music is used as a tool to address physical, emotional, cognitive and social needs of children of all ages, according to Lisa Barnett, a board-certified music therapist from Farmington Hills.

Research, she says, supports connections between speech and singing, rhythm and motor behavior, and the overall ability of music to enhance mood, attention and behavior to optimize a child’s ability to learn and interact.

“Music is often referred to as a ‘universal language’ as it crosses all cultural lines,” says Barnett, who works in the public schools and private practice. “The non-threatening nature of music makes it an excellent therapy for children with special needs. For many children, music therapy can be the beginning of a journey that will enhance life skills, elevate self-esteem and lead to increased socialization in the community.”

When Joyce Kreger’s son Michael was 6 and hardly talking, another mom recommended neurofeedback. Although it was basically unheard of at the time and her in-laws thought she was crazy, Kreger was willing to give it a try.

“Michael made dramatic improvements after just a few sessions. It wasn’t a steady zoom to the top, but we saw huge progress from beginning to end,” Kreger says.

Donald Magder is the clinical psychologist who treated David six years ago at the Brain Training Center in Royal Oak. He likes using a type of neurofeedback called LENS (low-energy neurofeedback system) for those with special needs, particularly autism. With LENS, he sees improvements with language and impulse control, and it helps his patients become less reactive to sensory input.

LENS, he says, uses a sound vibration, not electricity, to change brainwaves and help the brain become more flexible. What makes LENS so appealing is the fact that a treatment takes less than five minutes. This is particularly valuable for a child who cannot sit for longer treatments.

Sensory diets are popular because they can easily be done anywhere, including at home and school. Unlike counting calories, a sensory diet involves specific activities designed by an occupational therapist with the goal of helping a child maintain a sense of calmness and mental organization.

Each diet is child-specific but may involve activities such as jumping, swinging, applying deep pressure, or eating crunchy foods, according to Karen Goss, an occupational therapist in the Macomb County school system.

Knowing that traditional medications used to treat hyperactivity and aggression wouldn’t work for 7-year-old CJ, his parents decided to take a biomedical approach. A year ago, CJ underwent testing for food sensitivities and other tests to determine what supplements were needed. After two weeks of supplements and dietary changes, the family noticed a tremendous difference in CJ’s behavior, according to him mom Stasi Webber of Belleville.

“He was calmer and able to concentrate. We went from seeing something like 20 negative behaviors a day to about two,” she says, attributing the positive changes to a combination of Applied Behavior Analysis (ABA), eliminating specific foods and the use of recommended supplements.

This Detroit dad discusses toxic masculinity and what it's like raising a son today.
Read more
At Home