How to Identify and Help Kids with Learning Disabilities

They can't be 'seen' like other disabilities. But catching them early has big benefits. Discover the signs your child might have one – and what to do if so. 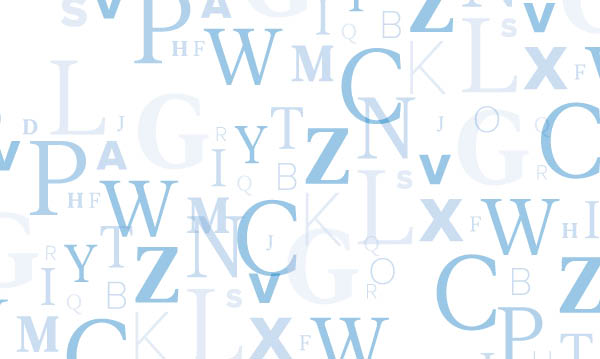 Imagine a 16-year-old boy who can expertly craft a 3D scale model of the Eiffel Tower – but can’t write a sentence about his accomplishment.

This is the case for local student Nick, who has a learning disability. Nick was in first grade, unable to write and not paying attention in class, when his parents first noticed the signs. It wasn’t until fifth grade that he was finally diagnosed with dysgraphia, which affects written expression.

“How come this kid can’t write? We know he’s smart,” his mom Debbie Houde, a clinical psychologist and learning disabilities specialist in Ann Arbor, recalls thinking. “I finally convinced the psychologist which test I wanted to have done, and sure enough” – dysgraphia. “It’s pretty tricky to pick up.”

Now Nick has accommodations at school like using a computer or dictation software when other students are writing. “He could dictate to me four pages in a row on something to do with physics and he would understand everything about it, but he couldn’t sit down and write it,” Houde says. “He is finding ways around it by drawing on his strengths,” including his passion for STEM.

Life with an “invisible” challenge often means an uphill struggle in a society that still stigmatizes children for not functioning typically.

Maria Kramer of Madison Heights is doubly aware of this as the mom of two sons with learning disabilities. If it takes her son a little longer to answer a question, for example, she wishes others were less judgmental.

“It’s not that they’re just ignoring a grown-up. It’s not something where I want to introduce my son and say, ‘This is Jack, and he has a learning disability,'” Kramer says. “It doesn’t define who he is.”

A learning disability is a lifelong neurological disorder, sometimes thought to be genetic, that makes it more difficult to gain skills or knowledge in certain areas. Some of the most common include problems with language (dyslexia), penmanship (dysgraphia) and numbers (dyscalculia).

Less commonly discussed are dysnomia – a difficulty remembering words – and executive functioning disorders that affect how kids handle things like timeliness and prioritizing the steps in a process, says Lynne Master, M.Ed., who opened the Learning Disabilities Clinic in Oak Park almost 50 years ago after working as a special needs teacher in Highland Park. “I would describe it as a different way of learning,” Master, also a former education professor, says of the “learning disabilities” umbrella.

The disorders are common. About 15 percent of people in the U.S., or one in seven, have one, according to the National Joint Committee on Learning Disabilities. They usually occur on their own but can also be present with issues like ADHD.

Flags can be subtle or severe. While some kids are clearly affected from an early age, others might seem to do well until much later. Gifted children can also have learning disabilities.

“As kids move along in school, they tend to be slower, they tend to fall farther behind in their reading skills, they tend to not make good use of the instruction that they’ve been given,” says Beatty, whose clinic uses the Orton-Gillingham Approach to reading instruction. “By fourth grade, it’s assumed students have already learned how to read, and now we expect them to learn from their own reading. In middle school, the demands for reading and writing increase.”

While many children are diagnosed in elementary school, learning disabilities can be found later on and into adulthood. “Some students have been able to sort of muddle along until they get into high school or early college, where the language demands really pick up.”

Dyslexia, like other learning disabilities, exists on a spectrum. “It doesn’t mean you cannot read, period. It simply means students have a difficult time reading to the level of their intellectual ability,” Beatty says. “It has absolutely nothing to do with their level of intellect,” Houde adds. “A lot of the kids that have dyslexia have gone under the radar because they are so smart that they’ve found ways to get around the system.”

Start with your school by asking, in writing, for a special education evaluation. In Michigan, the district is required to evaluate within 30 school days of receiving parent consent. If found eligible, an Individualized Education Program (IEP) is developed for your child specifying the supports and services they’ll receive. Other students have accommodations in a 504 Plan.

While Houde’s son Nick gets the dictation software at school for his dysgraphia, many parents aren’t aware of this and other options. Students with dyslexia can receive audio versions of textbooks, for example, and others can use devices like a smartpen that records audio and what is written to aid in notetaking.

“Technically the sky’s the limit,” Houde says, since schools must provide what a student needs to access the curriculum. Allowances can include extra time on tests, one-on-one instruction with a special ed teacher or the use of a calculator when it’s not allowed.

All kids are entitled under federal law to a “free appropriate public education,” Master says. If your child has been denied services or isn’t getting enough, learn your options. Some students have attended Master’s clinic free because a judge ruled the district fell short and ordered it to pay for one-on-one instruction.

“It happens all the time,” she says, but not every parent has the nerve to go to court over it.

A major resource is the Michigan Protection & Advocacy Service, a state-designated nonprofit that upholds the legal rights of people with disabilities. Parents can get advocates to attend IEP meetings with them, access free legal help and more.

“The most important thing is for a parent to be educated,” Master says. “Don’t ever stop until you get what you need for your child.”

Be wary of anyone who says “wait and see,” Beatty says, encouraging parents to trust their instincts.

“Early identification is one of the best gifts that we can give a child that has this learning style,” she says. “The earlier that these characteristics can be identified and dealt with properly, the easier it is to address the issue and the long-term benefit is much greater.”

While a learning disability may never go away, students can learn to harness their strengths.

Be open, Houde adds. “I am all for encouraging students to advocate and understand their disability. I think the most important thing parents can do is talk to their kids about their strengths and weaknesses.”

This is key because older kids sometimes avoid accommodations because they feel embarrassed.

“If I could do one thing, it would be to get these kids to say, ‘Hey, I have dyslexia,'” she says. “There’s a stigma that gets carried with that and it doesn’t speak to their strengths. I’m hopeful that it’s changing gradually.”

Michigan Protection & Advocacy Service. Referrals, legal representation and other assistance to people in Michigan with disabilities.

U.S. News & World Report have released its rankings of the best children's hospitals and three Michigan pediatric hospitals have made the cut.
Read more
Health