Is There a Link Between Autism and Moms, Dads Delaying Parenthood? 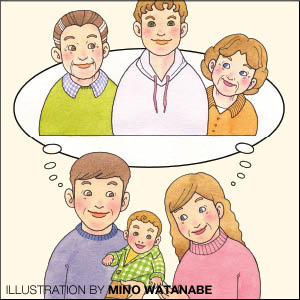 Blame higher education and flourishing careers. They're top reasons many women are postponing having kids until later in life.

First-time mothers are older now than ever, according to the National Vital Statistics Reports from the Centers for Disease Control and Prevention. The mean age of mothers to give birth to their first child was 25.4 in 2010 – up from 21.5 in the '70s, making today's moms four years older than those of decades past.

And right here in southeast Michigan, a similar trend has appeared, says Dr. Robert Welch, chairman of obstetrics and gynecology at Providence Hospital in Southfield and Providence Park Hospital in Novi.

"If we look at our society, the normal age for having a child is actually between 24 and 28 years old – but during that time is when women are completing college" and focusing on their careers, Welch says.

By doing so, more and more women have held off on having their first child.

"The oldest mother I've delivered is 55," he says.

However, postponing the age of reproduction can have consequences, as touted in recent headlines such as one in New Republic titled, "How Older Parenthood Will Upend American Society: The scary consequences of the grayest generation."

"It's suspected that age does have an impact," Welch says – and, with autism, "that has been one of the speculations."

As women and men age, their chances of having a child with a birth defect or genetic disorder increases.

The road to pregnancy

Thirty-five is considered "advanced maternal age," or AMA, according to the American Congress of Obstetricians and Gynecologists – "which is seeming younger all the time," Welch says.

But, as women get older, their ovulation begins to change, and "fertility stops pretty dramatically by age 37," Welch says.

Welch says many women visit a reproductive endocrinologist – also known as a fertility specialist – to assess their fertility and options for conceiving.

"They will start taking you through the process of IVF," also known as in vitro fertilization. "That can be a very expensive process," he says, and is not usually covered by insurance; however, the success rate is usually between two to six cycles.

Another form of IVF is known as ICSI, or intracytoplasmic sperm injection. With this method, doctors can "actually penetrate the egg with the husband's sperm and cause fertility," he says. Within the realm of these procedures, ICSI has the greatest risk, because "it's manipulation."

Welch adds, "The other thing that has been identified with IVF is increased risk of premature birth." In addition, the risk of birth defects may also increase with assisted conception, according to a broad study in Australia last year, notes The New York Times.

Cerebral palsy is a principal defect associated with premature birth, and this can vary from mild to major.

Still, Welch says women should not give up hope in their journey to have a child. Speaking with a reproductive endocrinologist will help them map out the best route to pregnancy and childbirth.

Dads have aged, too. First-time dads, on average, are three years older than they were decades ago.

But, while women are born with all their eggs, men produce sperm regularly – and well into their golden years. However, higher paternal age has been linked to an increase in neurological disorders such as autism, bipolar disorder and schizophrenia, according to a study published online in the journal Nature.

"When a man ejaculates and the sperm are swimming up the uterus to the egg, normal sperm swim better than abnormal sperm," Welch says.

Nature's study estimates that a 36-year-old dad will pass on twice as many mutations to his child as a 20-year-old. As for a 70-year-old man – he's likely to pass on eight times as many.

Since, according to the CDC, one in 88 children is diagnosed with an autism spectrum disorder, this will change one aspect for the upbringing of the next generation.

"I do think there is going to be more of a need for specialized service to accommodate children with special needs – and greater efforts to mainstream them," Welch says.