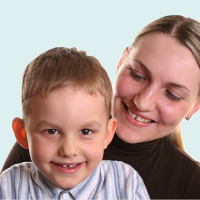 By May 2013, the definition of autism might be changed, according to a New York Times report – which would re-diagnose thousands and threaten the services many high-functioning autistic kids in metro Detroit and Ann Arbor currently receive.

The proposed criteria revision would lump the less severe, highest-functioning forms of autism – such as Asperger’s syndrome – into a single diagnosis of autism spectrum disorder or ASD.

The revisions to the Diagnostic and Statistic Manual – the guide used by doctors to diagnose mental health disorders, updated by the American Psychiatric Association – wouldn’t be final until later this year, when a final draft of the DSM-V is done, according to WebMD.

So how might the changes affect the autistic community? Is it something to be worried about? Here is a closer look.

According to the U.S. Centers for Disease Control and Prevention, about one in 100 children in the United States are diagnosed with ASDs, which come in different forms based on severity. Currently, if a person displays six out of 12 behaviors on a list of standards, they qualify for autism diagnosis.

What are the changes?

Now, pundits selected by the APA to write the fifth edition of the DSM are looking to narrow what constitutes as autism. Three of the less severe forms of autism – Asperger’s syndrome, “pervasive developmental disorder not otherwise specified” (PDD-NOS) and childhood disintegrative disorder – would be grouped in with ASD, WebMD notes.

Instead of displaying six out of 12 behaviors, “the person would have to exhibit three deficits in social interaction and communication and at least two repetitive behaviors, a much narrower menu,” wrote the Times.

Researcher Fred R. Volkmar, MD, director of the Child Study Center at the Yale School of Medicine, analyzed the new definition to see what its impact would be on diagnosis and presented his findings on Jan. 19, the Times article said.

Volkmar, who resigned from the APA’s committee at an earlier time, found that approximately 65 percent of people with high-functioning forms of autism would no longer meet the definition, a CBS report noted. (The details of Volkmar’s research are also at WebMD.)

How this affects Michigan kids with autism

The pending change and Volkmar’s preliminary findings have raised concerns about the services autistic children currently diagnosed with Asperger’s or PDD-NOS will have if the definition change becomes official.

However, Dr. Colleen Allen, director of the Autism Alliance of Michigan and the director for the Henry Ford Center for Autism and Developmental Disabilities, said though there’s been a lot of uproar, “It’s much too early for families to be getting too worried about, because nothing is definitive yet.”

For autistic individuals living in states where insurance covers autism-related services, the definition change would mean their services are no longer covered, Allen says. But in Michigan, autism-related needs are currently not covered by insurance. So, she adds, it “doesn’t affect anybody at this point in time.”

Michigan Gov. Rick Snyder is still pushing for autism-related services to be covered under insurance. If the proposed bills are approved and the definition is changed, Michigan’s autistic community would then face the same challenges with insurance coverage as other states, Allen says.

But the definition change wouldn’t affect educational criteria, Allen says – meaning in-school therapies will remain the same because they don’t necessarily follow the DSM-IV except as a guide.