Liane Holliday Willey Talks About Autism, Her Books and More

We chatted with the world-renowned author and psycholinguistics expert who will be one of the keynote speakers at Metro Parent's Living with Autism Workshop on April 24, 2015. 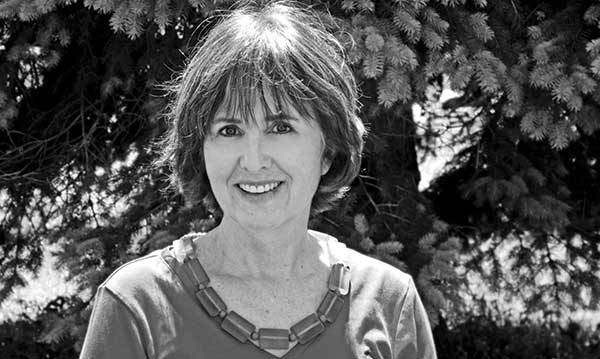 While most autism spectrum diagnoses are given to children, Liane Holliday Willey realized much later in life that there was a reason she always felt she didn’t belong. Tony Attwood, a premier expert in the field of autism, determined Holliday Willey had Asperger’s syndrome after examining her sensory integration issues, past medical records, information from teachers and babysitters and her parents – as well as her childhood behavior. She was 35.

Using her experience living with Asperger’s, Holliday Willey speaks frequently about her life and what it’s like to live in a neurotypical world while on the autism spectrum, both in person and on aspie.com. She has also written several books, including Pretending to be Normal: Living with Asperger’s Syndrome. Holliday Willey will appear as a keynote speaker, along with Elaine Hall, at Metro Parent’s Living with Autism Workshop on Friday, April 24 at the Detroit Marriott Troy. Before her appearance at the autism conference, Metro Parent talked to the well-known speaker and autism advocate.

Why did you decide to be so honest and tell your story and write about it so candidly?

My father was a brilliant, kind, wonderful man who was an engineer, won awards for his airplane designs – and he was beat up virtually every day of his young life. He was never asked to join teams. He was only accepted because he was smart. No one understood him. We didn’t even have a funeral for him because no one would have come.

I couldn’t see another little boy or girl getting hurt like me and my father. Very few people have the support that I have, and I knew I could tell my story.

I also feel like everything I went through had a purpose. I feel some vindication for my father. I feel gifted, blessed, honored and lucky to be able to tell my story.

Why did it take until you were 35 for you to formally receive an autism spectrum diagnosis?

I got my diagnosis when one of my three daughters was diagnosed. We were at the University of Kansas. She was there being tested for several days. After her diagnosis, they looked at me and said, “We think you should look into getting tested as well.” It was at that point that I realized I had it and my dad had it as well.

The diagnosis meant the world to me, because it took my idea that I was cracked and broken and suddenly made it a neurological issue.

How did having that information change the way you looked at your past?

I’m an only child, and my mother did not understand why my father and I were so different. Like so many mothers back in that day, she assumed it was something she had done that turned my father and I from her super-celebratory way of life. She thought we hated her and her family thought we hated them. She would have parties and as the guests were walking in, we were walking out. We had to. It was that or have tantrums and throw things. After I was diagnosed, my mother started to say, “Oh, it’s you guys and not something I did.”

I understood the daughter on the spectrum quite intuitively. But I had to read books on how neurotypical children developed, so I could understand what my other daughters were thinking.

Today you wouldn’t know which of my daughters was on the spectrum, because early intervention helped my daughter with Asperger’s become “bilingual” as well.

What will you share with those who attend the Living with Autism Workshop?

At this point in my life, I feel like I have one foot in autism and one foot in the neurotypical world. I feel honored to be able to speak both languages. I feel honored to be able to explain to people what it feels like when you are really caught up in the world of autism and you are living it every day. I can tell people what it’s like going into a mall and not being able to take three steps forward without your head spinning and your stomach feeling like you are going to throw up. I can also explain how people can enjoy going to the mall.