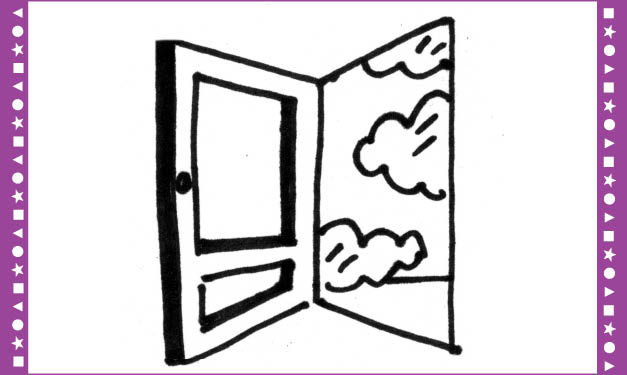 A trip to the Henry Ford Museum or Greenfield Village in Dearborn can be a long day for anyone, but for families affected by autism, it can be downright daunting.

That's why the local historical destination has partnered with the Autism Alliance of Michigan to launch a unique program designed to accommodate families with special needs.

The effort, which blends intense safety training for staff and online trip-planning resources for parents, officially kicks off during Autism Awareness Month with a Special Day Out with Thomas at Greenfield Village.

According to Colleen Allen, president and CEO of AAoM, The Henry Ford is on the forefront of a national movement that has public places aiming to become more autism-friendly.

As autism rates continue to skyrocket – according to the Centers for Disease Control and Prevention, it now affects one in 88 children – integration efforts are spreading far beyond schools and workplaces and into the hospitality and entertainment world.

Movie theaters, zoos, amusement parks and museums are increasingly tailoring their offerings and educating their employees to better serve the autistic community. The idea is to give the general public tools and understanding they need to help children (and adults) function better in shared spaces.

Allen says The Henry Ford is the first venue of its kind to sign on to AAoM's Michigan Autism Safety Training (MAST) program, but she hopes many others follow. Her organization is in talks with the Detroit Zoo and Lansing's Potter Park Zoo, and hopes to expand the program to airports, stores, restaurants and entertainment venues throughout the state and beyond.

"Yes, it's about safety," Allen says, "but it's really about making our community a better place for families of children with autism."

While every individual on the spectrum is unique, children with autism may be sensitive to overstimulation or physical contact, averse to loud noises and unable to communicate their thoughts and feelings. They may have special dietary interventions or need to carry enabling devices in places where technology like smartphones normally is not allowed.

Discover a few nifty smartphone apps to help your child with special needs.

They also are prone to wander, which puts them in danger of getting separated from the caregivers who know them best – and exposes them to traffic, drowning or other hazards.

An untrained bystander can inadvertently escalate a situation by chasing the child, touching him or speaking too loudly using words he may not comprehend.

The MAST program began as an effort to educate police officers, firefighters and EMTs to recognize the signs of autism and respond appropriately. The trainings then branched out to educators, bus drivers and families.

Scott Schuelke, a retired sergeant for the Lansing state police department and autism safety specialist for AAoM, estimates the organization has trained 5,000 people throughout the state through more than 75 workshops so far.

The training was developed in conjunction with autism expert Dennis Debbaudt of Florida-based Debbaudt Legacy Productions and is endorsed by the Michigan Association of Chiefs of Police and approved by the Michigan Commission on Law Enforcement Standards.

The training for staff at public attractions is very similar to the protocol for law enforcement, as these employees often become first responders to scenes of concern.

Schuelke led the first training session at The Henry Ford in March of 2013, just in time for the opening of Greenfield Village on April 15.

"Basically, with the numbers of people they have going through there each day, having some training in autism for the staff not only makes their job easier, but it makes families feel more comfortable," he says.

The Henry Ford's effort doesn't stop with safety training, says AAoM operations director Stacie Rulison. It also includes environmental accommodations, like earplugs or hearing aids for the IMAX theater, as well as a public information component that will give parents tools to map out a stress-free trip to the museum and Greenfield Village.

For families affected by autism, pre-planning is key to a successful visit to any venue, and Rulison has worked out social narratives that let families know exactly what to expect each step of they way so they can accommodate their child's sensory needs.

Greenfield Village – with its large crowds and open-air streets filled with horses, antique cars and unfamiliar sights and smells – can definitely be overstimulating, Rulison says. But the museum also offers exhibits, like locomotives, that are a particular draw to some children on the spectrum.

"We have produced social narratives for all events and exhibits to allow families to plan around potential sensory concerns, time issues and areas that may be particularly engaging for their loved ones with autism," she says.

Parents will be able to link to pre-visit information and extensive photos on websites for The Henry Ford and the AAoM that not only describe environments and sensorial experiences to families, but also provide dietary options, areas for noise reduction and other hospitality services.

According to AmyLouise Barlett, director of visitor services and IMAX at The Henry Ford, it's another way the museum complex can create a meaningful experience for every visitor.

"Our approach has been to come at it from a family perspective and a hospitality perspective and a day-to-day environment, as opposed to going in real deep and designing specific exhibits or therapy. That's really not us," Bartlett says. "This will add another layer of security, and hopefully we'll show families this is a safe place to hang out and enjoy their day."

She encourages guests to call ahead if they have any questions or special requests.

"We're excited that we're sort of the first to explore how this could work, and how the training can benefit an attraction," she says.

Many parents of children with autism are welcoming The Henry Ford's efforts. For them, an outing to an amusement park or entertainment outlet is a delicate balance between exposing their children to an enriching experience and creating a situation ripe for a meltdown.

Carolyn Gammicchia of Shelby Township will never forget the time her then-young son tried to jump into the hippo tank at a zoo.

"I carried him all the way to the car with him biting me and pulling my hair out,&qu
ot; she says. "However, we had to do these trips to get him to know expectations and learn ways to accommodate for his sensory dysfunction – while still allowing him to enjoy while he could sustain."

"I'm always worried that there could be a sensory overload or a moment of communication breakdown, but we try to go early, when there is less people, and lay out our expectations from the beginning," she says.

Sarah Donovan of Birmingham has never shied away from taking her 10-year-old daughter, Jane, to resorts like Cedar Point or Disney World, which she calls "the mecca of special needs."

Still, she's always aware of potential pitfalls. The key is making special arrangements whenever possible, such as bringing her own popcorn to movies in order to accommodate Jane's diet, mapping out quiet places to rest during long days, or obtaining passes to bypass long lines.

It's all worth it, Donovan says.

"I really truly believe that practice makes perfect," she says. "Some things really stress her out, but she knows what's expected and has acquired better coping skills now."

Another important piece of the integration puzzle is educating the general public about autism. The AAoM's MAST partnership with The Henry Ford also includes an overview document with a high level description of autism and related facts designed for people who may not have anyone with autism in their family.

Rulison notes that individuals with autism may present loud outbursts or repetitive movements that can be misconstrued as bad behavior. Many times their symptoms are not visible at all, which can leave "neurotypical" guests wondering why other children seem to be getting preferential treatment or are jumping to the front of the line.

There are definitely some signs that anyone can watch for. The person you're interacting with might have autism, according to Debbaudt of Debbaudt Legacy Productions and Autism Risk & Safety Management, if you notice some of the following:

And, when it comes to interacting with people with autism, Debbaudt adds:

"We are just educating the community about autism, so they can recognize it, be more tolerant and more apt to get involved," Rulison says.

She hopes The Henry Ford becomes a model for other public places to emulate.

"It's unique that an organization has gone to the extent that The Henry Ford has to put these supports in place," she says. "We hope people with autism will really feel welcome and they'll come back."