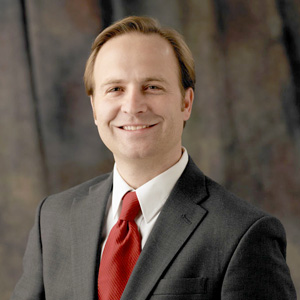 The Michigan House of Representatives overwhelmingly approved a series of bills March 29 that, if signed into law, would compel insurance companies to cover autism diagnoses and treatments for children.

SB 414, 415 and 981 would require insurers to cover autism diagnoses and treatments. A program would also be created by the state's licensing and regulatory affairs department for insurance companies to be reimbursed for paid autism-related claims.

One change added to the bills by the House prohibits insurers from raising rates. The Senate had already approved the amendments. Gov. Rick Snyder, who has supported legislation to aid families dealing with autism, is expected to sign the bills into law.

Snyder set aside $34.1 million in his FY 2012-2013 budget recommendation for the Department of Community Health in order to fund autism treatments for children under age 6 who qualify for Medicaid and MIChild. According to the House Fiscal Agency report, covering the approximate 2,000 children who would meet those criteria would cost the state about $17,000 per child.

The number of children with autism spectrum disorders is significantly higher than previously thought. The U.S. Centers for Disease Control and Prevention released a study March 29 that found that one in 88 children has autism. The rate was previously thought to be one in 110.

Lt. Gov. Brian Calley, who has a daughter with autism, has been a strong supporter of the bills. He recently created an online information center where people can learn about the legislation, follow its news coverage and request updates on its progress.

"It feels wonderful," he told MLive. "I would place this far and away the most important public policy initiative that I've ever worked on, and I doubt anything will top it."

The importance of these bills, Calley said, is that everyday families will now be able to afford treatment for their loved ones with autism – something that cost barred them from doing previously.

One of the 19 voices who dissented against the bills was State Rep. David Agema (R-Grandville). He took issue with state authorities attempting to tell private companies how to operate, as well as with the expenses stemming from the legislation.

"We're talking about something that accounts for 7 percent of all mental problems," he told MLive. "To me, it's a no-brainer."

In addition to improving the health and quality of life for people with autism, the bills will also give Michigan a boost by creating incentives for students studying to become therapists to stay in the state after graduation, said State Rep. Lisa Brown (D-West Bloomfield).

"We've heard from the schools," she told MLive. "They graduate these wonderful, educated, ready-to-go-to-work kids and they have to move out of state because the jobs aren't here, because it's not covered by insurance. We're creating jobs, and we're helping people."