Local dad and autism advocate Ron Sandison talks about parenting with autism and how his diagnosis plays a role in the way that he parents. 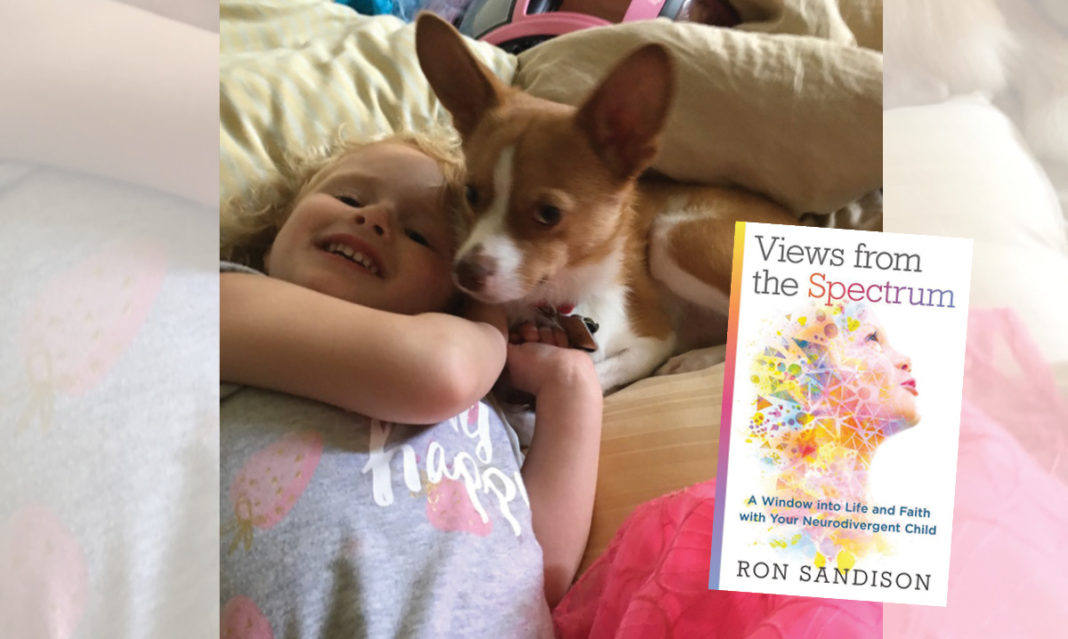 Parenting is tough in general, but parenting with autism comes with a new set of challenges.

Ron Sandison, a Rochester Hills dad of 4-year-old Makayla, was diagnosed with autism when he was 7. He met his wife, Kristen, on a dating website and they married in 2012.

Sandison, who has written three books about living with autism, says his autism helped him reach a solid place in his life before he decided to have children.

“I waited until I felt like I had all of my ducks in a row (before having kids),” he says. “I was 41 when I became a dad. I already had a contract for my first book and I had a good paying job. Autism played a role in that I could be settled in a routine, (so) I was much more organized about being a dad than most people.”

That said, he adds that it was important to find balance once Makayla was born.

“If you’re going to be a special needs parent or a parent on the spectrum, you need a support system more than other families. We wouldn’t be able to get by without my parents watching Makayla 50 hours a week while we work full time,” he says. “With autism, you have an extreme focus on something, so sometimes the one without autism becomes like a single parent because the one with autism is so focused, so that support system becomes way more important than with any other family.”

While Makayla is too young to understand what autism is, she knows that her dad speaks to crowds and that, in some ways, he is different from other dads. “She sees that … I sometimes get too emotional or scared about certain things.”

He plans on talking to Makayla about autism when she is older, but in the meantime, like all dads, Sandison is focused on being the best dad he can be and is learning how to best juggle both parenthood and autism.

“It’s important as a parent with autism to take time out from your business and stress to spend time with your child. Kids grow super quick, and if you put them off, you’ll turn around some day and your child will be grown up.”

For more information on Ron Sandison and the work he does to support others with autism, visit his website, spectruminclusion.com.