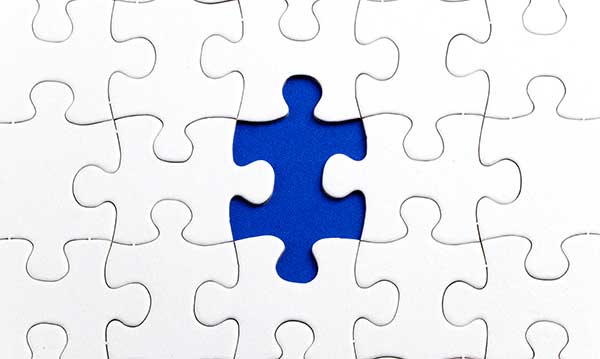 People wear blue, participate in fundraisers, talk about autism in their Facebook posts and do so much more each April to raise awareness for autism.

1. Everyone knows someone with autism.

“If you look at the incidence being one in 60, everyone knows someone affected by autism,” says Kerry Peterson, director of autism programs at Kaufman Children’s Center in West Bloomfield. Kaufman offers center- and home-based applied behavioral analysis (ABA) therapy. “For a new family who’s just received that diagnosis, it’s so incredibly isolating and overwhelming that they need to be connected with people who understand what they’re going through and can help them to get to resources as quickly as possible.”

2. A better continuum of services is needed.

Many autism therapy programs (take a peek at our roundup of autism centers in southeast Michigan to find offerings near you) are geared toward younger children, leaving parents of older children with limited options. “We have to get a better continuum of services for children of all ages,” Peterson says. That extends to ultimately getting people with autism into the workforce. “The unemployment rate is over 80 percent for [adults] on the spectrum,” she says.

3. Parents shouldn’t have to choose school or therapy.

Children with autism can receive therapies through school and in the clinical setting, but there’s often no bridging of services between them, Peterson says. “Particularly for those kids that are kindergarten age, they are entitled to a full day of ABA, but a lot of schools are not providing this intervention and yet requiring children to miss out on important therapies” because of full-day kindergarten, she says.

“The most critical point of families being aware is so that they can receive the earliest diagnosis possible,” says Kristin Hustyi, lead board-certified behavior analyst (BCBA) for the Michigan region with Autism Home Support. Based in Ann Arbor, the program offers in-home ABA therapy for children with autism. “We know that early intervention is the most effective.”

5. Getting therapy started can take time.

More parents need to know that most insurance policies now cover ABA therapy if a child has a diagnosis from an approved autism evaluation center, Hustyi says. Getting started can be a lengthy process, though, so don’t delay. “As soon as there are those red flags in development when you’re missing certain milestones, it’s important to really seek out that diagnosis because especially in Michigan you might be put on a wait list before you can get into one of those approved autism evaluation centers,” Hustyi says.

As awareness of autism grows, so have local resources and options for getting appropriate therapy and support. But many families still don’t know what’s available. The Autism Alliance of Michigan is working on a web-based system that points parents to resources in their area, Peterson says, though it’s in its early stages.

Why is autism awareness important? Autism awareness is critical for making communities more welcoming for children with autism and their families. “A lot of times these kids have difficult behaviors – families say they’re looked at in a way like they don’t know what they’re doing,” Peterson says, pointing out that some moms even carry cards indicating their child has autism to help stave off the judgmental stares. “Feeling accepted is so important and not feeling like people are questioning why the child is acting that way.”

Some businesses host sensory-friendly movie showings and other events that are modified in some way to be more autism-friendly, but more are needed. “Having community events that are autism-friendly is so important,” Peterson says. For families with autism, “their world really becomes very small” because things that other kids enjoy with their parents can be very difficult for children with autism. “They need to be able to go to a movie, go get a haircut, go to the zoo, and go with other people who are having some of the same struggles.”

10. Encourage kids to be more understanding.

“It’s really important for kids who are in schools, at all grade levels, that they become as understanding and empathic as they can be,” Peterson says, pointing out that all children should be taught the importance of being kind and refraining from bullying. “Every child in an elementary school knows someone with autism.”