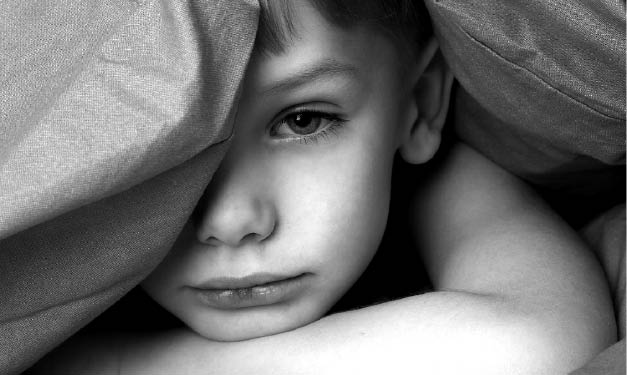 Recent studies published in Pediatrics link childhood snoring and sleep apnea, or "sleep disordered breathing" (SDB), to behavioral problems and an increased need for special education. In fact, SDB is strongly associated with conditions like Down syndrome and cerebral palsy. What's more, sleep problems can be especially devastating to children with special needs – because the resulting sleep deprivation can worsen the symptoms of their existing medical or behavioral problems, says Carole L. Marcus, M.D., director of the Sleep Center at Children's Hospital of Philadelphia.

Most children snore once in a while, and 10 percent snore most nights. But these nighttime noises shouldn't be dismissed as "normal." Researchers now believe that snoring is on the same spectrum as sleep apnea, a disorder characterized by pauses in breathing that cause brief awakenings. Left untreated, sleep apnea can contribute to behavioral problems and learning difficulties; even hyperactivity.

A study by the American College of Chest Physicians found that children who snored loudly were twice as likely to have learning impairment. The potential impact is so severe that the American Academy of Pediatrics recommends that all children who snore be screened for sleep apnea, says Robert Heinle, M.D., of the Nemours/Alfred I. duPont Hospital for Children Sleep Lab in Wilmington, Del.

How to help: Good news! Nearly all otherwise-healthy children with sleep apnea respond well to having the tonsils removed, says Marcus. Back-sleeping can exacerbate snoring; regular snorers or those with sleep apnea should choose another position ("back to sleep" is still best for babies, though).

Children with autism can have difficulties with the circadian rhythm, the sleep-wake cycle that governs wakefulness and sleep, driving them to stay up too late, says Marcus. "Our brains regulate sleep, so if the brain is abnormal for any reason, sleep is going to be impacted, too."

How to help: Though some special needs sleep problems are physiological in nature, such as those related to low muscle tone, many are behavioral, such as habitual night wakings, waking too early in the morning or fighting bedtime. "Often, parents may not set the same bedtime limits for children with special needs that they set for other children," says Marcus. Defining clear parameters for sleep – including when bedtime occurs, where a child sleeps and an acceptable hour to wake in the morning – and gently yet firmly enforcing these household rules, night after night, can help get sleep on track for children with special needs.